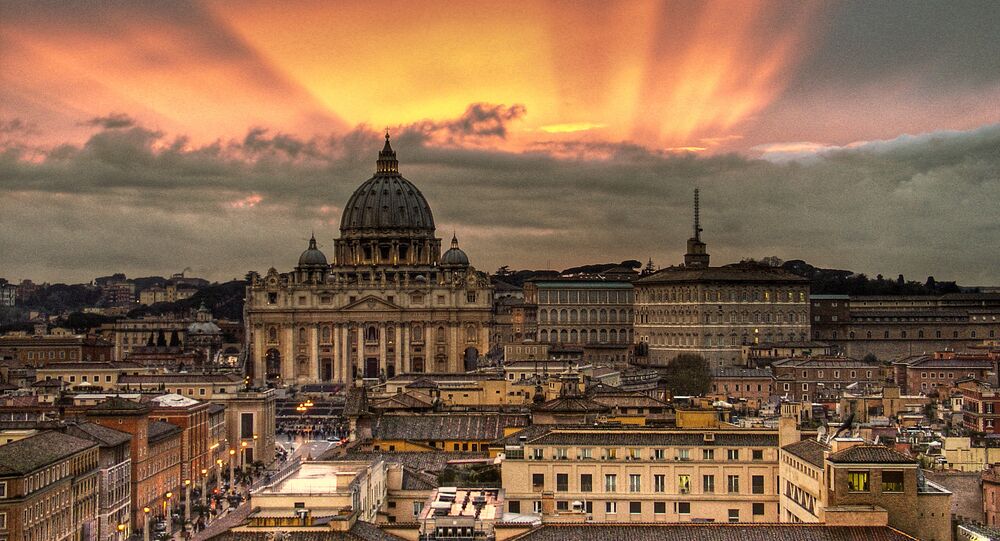 Italy may sooner or later leave the Eurozone and this could result in other European countries following suit, head of the German Institute for Economic Research, Clemens Fuest told German newspaper Der Tagespiegel.

"The level of welfare in Italy is now as it was in 2000. If nothing changes in this regard, the Italians can say at some point: ‘We don't want the Eurozone anymore,'" the expert said.

According to Fuest, the European Union is increasingly drifting apart, and Italy's potential withdrawal from the monetary Union would have drastic consequences for Europe's unity.

"This would be a great shock. There is a danger that other states (like Greece, Portugal and Spain) will follow," the expert noted. "Eastern states are also increasingly distancing themselves from Europe. This is dangerous, because what Europe needs right now, is stability."

© Sputnik / Alexander Vilf
Italy's Ailing Financial System and Weak Banks 'Risk Destroying Eurozone'
At the same time, Fuest believes that the German government will be reluctant to approve a European aid program for Italy, as German taxpayers will have to bear the main burden. The Bundestag is very likely to oppose such plan, he noted.

The expert also stated that the EU is on the verge of a division, with Brexit being the first step toward the union's disintegration.

In June, about 52% of UK citizens voted in a referendum in favor of the country's withdrawal from the EU.

Six months later, the British Government — now under Prime Minister Theresa May — has yet to trigger Article 50 of the Treaty of Lisbon, to begin the formal process of leaving.