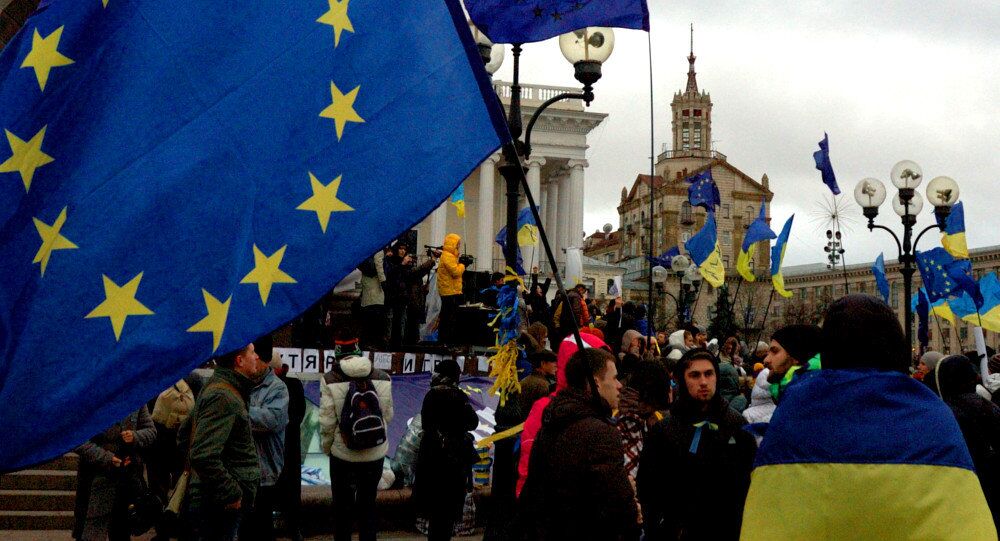 Kiev blames France for delaying the implementation of a visa-free policy for Ukrainian citizens. Sputnik discussed the issue with Xavier Moreau, a French military expert and a founding member of Stratpol, an independent think-tank based in Slovakia that focuses on international relations and security policy.

“There are many countries in the EU that want the visa regime to stay. They fear that lifting the visa regime could lead to an influx of migrants, including many young Ukrainians who are dodging the draft at home. France doesn’t want this, neither do many other [EU] countries,” he said.

Xavier Moreau recalled the recent vote in the Netherlands against Ukraine’s proposed association with the European Union and said that Poland and many other EU countries did not wish to see Ukrainian migrants coming in.

“We know perfectly well that with the visas gone the Ukrainians will not go to Romania, they will go to Germany and France and this will certainly create a lot of problems for these two countries if they agree to let them in,” he emphasized.

© Sputnik / Evgenia Novozhenina
AfD Official: Too Early to Abolish Visas Between EU, 'Unstable' Ukraine, Georgia
When asked about the EU’s apparent reluctance to become too chummy with Ukraine and Georgia, Xavier Moreau quoted [European Commission President] Jean-Claude Juncker as saying that the EU will not accept any new members in the next five years.

“The EU is no longer able to take in people, let alone new members. Only eight of the 27 EU countries are now paying [for the intake of migrants and new members] and they have no money left to accept anyone else.”

“The EU was used to make these poor Ukrainians believe that this was opening grand prospects for them. In fact, the idea was to break Ukraine away from Russia, not to integrate it into the EU. The offer of EU association made them during the Maidan [coup] made no mention of any such thing. Neither did it offer them visa-free travel to the EU. What EU diplomats promised was a lie,” Xavier Moreau said in conclusion.

On December 15, the European Parliament approved a mechanism that would allow for the suspension of visa-free regimes with Ukraine and Georgia, removing the last obstacle to the implementation of the policy.

© AFP 2021 / Michail Palinchak
EU 'Breaking Its Promises' By Promoting Visa-Free Regime for Ukraine, Georgia
However, the consideration of this issue by the European Parliament has been postponed for an indefinite period of time.

The President of the European Parliament, Martin Schulz, earlier said that France, Italy, Germany, Belgium and some other EU countries were not ready to go ahead with visa liberalization for Ukrainian citizens.

Ukraine and Georgia are seeking greater integration with the West, but have been frustrated with the pace of EU moves to bring them closer.