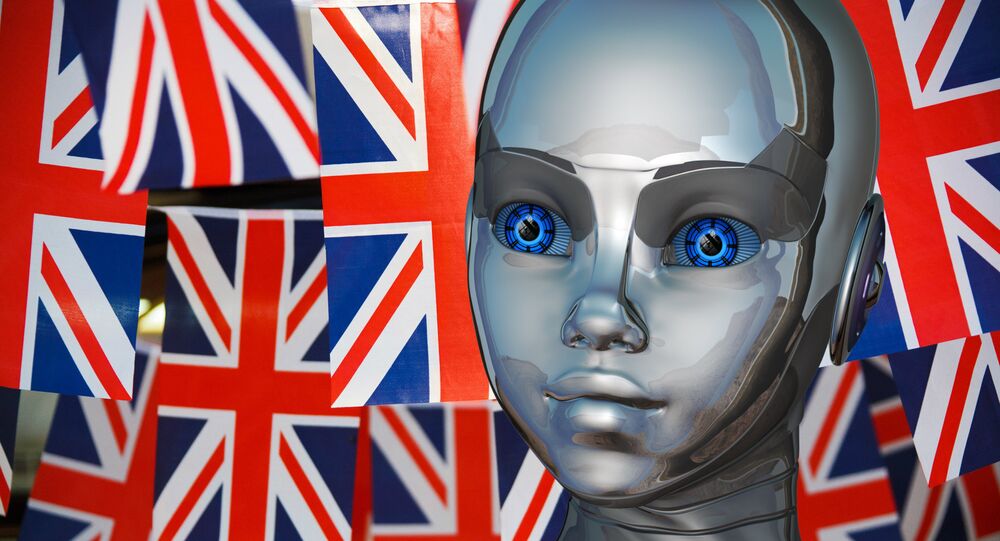 Impending secession from the European Union and the rise of robotics and automation mean the UK faces a decade of low growth, job losses and widening income inequality, a report has forecasted.

The Institute of Public Policy Research (IPPR) report offers an ominous prognosis of the UK's near-term future, dubbing Brexit the "firing gun" on a decade of disruption.

In years to come, an ever-accelerating wave of socioeconomic and technological change will reshape the country, in often "radical" ways, the think tank foresees. In the meantime, the report suggests that outside the EU, the average British household will be £1,700 (US$2,085) poorer annually.

​Ominous prognoses riddle the report. As the UK population grows, the UK is set to age sharply, and become increasingly diverse; the 65+ age group will grow by 33% by 2030, to 15.4 million — while the working population will increase by just two percent.

Due to this and other demographic trends, a severe structural deficit is likely to emerge by the mid-2020s, with the adult social care funding gap expected to hit £13 billion (US$16 billion) — 62% of the UK's projected budget — in 2030/31.

The income of high-income households will rise 11 times faster than low income households' in the 2020s. Poor households will see earnings rise by just two percent between now and 2030, while the average FTSE 100 chief executive's remuneration will rocket to £9.5 million (US$11.7 million) — 350 times the UK's median income, up from 144 times in 2016.

​Robert Bischof, an advisory board member of the Official Monetary and Financial Institutions Forum, told Sputnik the projections weren't surprising.

Brexit, he says, does nothing to solve the decade long decline in industrial performance, the productivity gap, the dependence of GDP growth on debt fueled consumer spending and government deficits, a growing current account deficit and high youth unemployment because of poor education and skills training. In fact, it exacerbates these issues.

"Most energy in government is now focused on dealing with the negotiations instead of dealing with these problems and their underlying causes. These are a result of an inadequate corporate governance system with too much emphasis on short-term profit maximization. The PM Theresa May has asked for a review being carried out but has already been reeled in regarding workers on boards, board room pay excesses, and more. Talk about anything remotely similar to a continental style stakeholder model rather than the Anglo-Saxon shareholder dominance system doesn't get very far. Tony Blair tried it and was stopped by Rupert Murdoch — now, the same is happening again," he told Sputnik.

It's not just the UK that faces serious challenges in future.

Climate change, biological degradation and resource depletion mean countries everywhere will increasingly run up against the limits of the physical capacity of the Earth's natural reserves.

​By 2030, robots or smart machines will have on average an IQ higher than 99 percent of humans. These innovations will displace many forms of work, with 60% of retail jobs (2 million) destroyed by 2030.

Never mind #Brexit; what must British #robotics do to be a world leader in industrial automation? https://t.co/9oY3DrzPC7 #robot #UK pic.twitter.com/AHJZ60zV2o

​Mathew Lawrence, IPPR research fellow and author of the report, said a politics of nostalgia and institutional conservatism would be inadequate for dealing with this potential melange.

© REUTERS / Chris Jackson
Robot Wars: Over One Million Brits Could be Fired Due to Automation Revolution

"Britain should be ambitious, seeking to shape the direction of technological and social change. We must build a 'high energy' democracy that accelerates meaningful democratic experimentation at a national, city and local level, and also in the marketplace by increasing everyone's say over corporate governance, ownership and power," Mr. Lawrence said.

He added that stagnation was the "new normal", and the UK is likely to remain trapped in a low-growth, low-interest-rate state for years to come, with weak investment, weak labor power, high levels of debt, and the headwinds of a slowing global economy.

"Without reform our political and social system will struggle to build a more democratic, healthy society in the decades ahead, even as Brexit accelerates us towards a radically different institutional landscape."