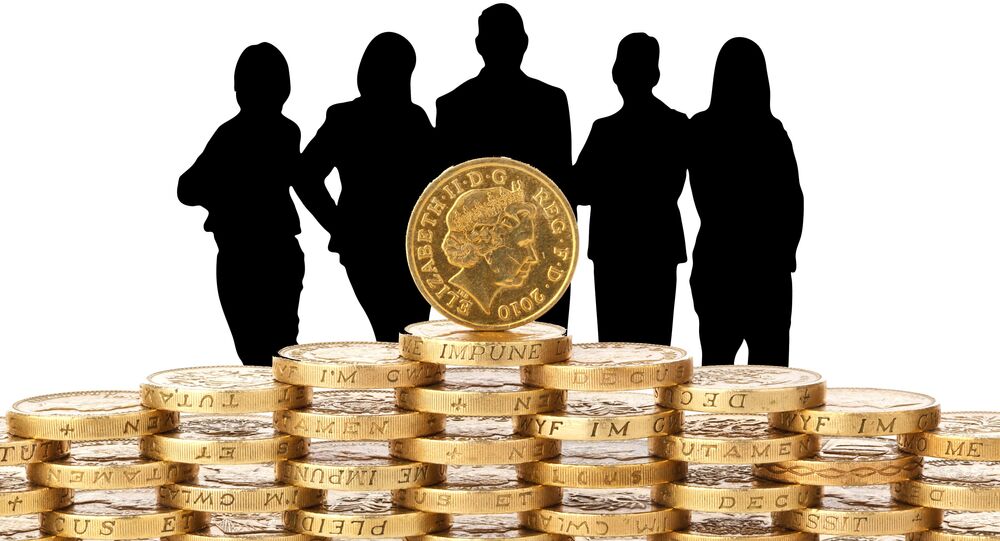 Morale in large British companies hit an 18-month high, despite the continuing uncertainties over Brexit and a sliding pound, according to a survey by Deloitte. It comes just weeks after US firm Deloitte was issued an unprecedented rebuke from the British government, accused of interfering in UK politics.

2016 may have been a rough year for many, but according to advisory services giant Deloitte, British business bosses are optimistic. An extensive survey has found that morale is currently at an 18-month high.

Go Britts: Business confidence in the UK rose to its highest level in more than a year, according to a Deloitte survey.

Deloitte says that this is down to robust economic growth and recovering fully from a slump that followed the Brexit vote.

Britain's economy has indeed fared much better than many economists and politicians predicted following the historic Brexit vote in June 2016.

"In the wake of the vote, in late June, optimism dropped to the lowest level since the global financial crisis," a Deloitte spokesperson said.

"CFOs battened down the hatches, pulling back on investment and spending. Since then the UK has proved more resilient than expected and talk of the UK falling into recession has abated."

The subsequent slump in sterling has resulted in strong consumer spending from Brits and tourists from abroad.

#AWfullyBritishExcuses "The value of the pound is always changing. It doesn't mean anything that it drops whenever Brexit is mentioned."

However, with a new year in sight, the political uncertainties over what path the UK is on, in terms of it's impending exit from the EU, are causing wariness.

Despite improved optimism, 80% of CFOs say now is not a good time to take risk #CFOSurvey https://t.co/5SMtYZ7cqC pic.twitter.com/F7Rnxa1tkr

​Deloitte found that one of the top priorities for many UK businesses is cutting costs, to try and prepare for any serious shocks that lie ahead. One such shock could be that the UK is not able to retain access to the EU's single market. British Prime Minister Theresa May has still not yet indicated whether she intends to fight for the UK to continue to have access.

The positive appraisal of the UK is a marked change in tune from Deloitte, considering the political fracas they caused in November 2016.

An in-house two-page memo on Brexit was leaked to the press criticizing the UK government's Brexit planning and financial outlook.

It claimed that the 500 Brexit-related projects various government departments are working on are "beyond the capacity and capability" of government, advising the prime minister to hire an extra 30,000 staff or consultants.

Downing St issued a swift reprimand accusing the company of "touting for business", and implied that their memo was not "leaked", but "published" for financial gain.

Deloitte has since apologized for the fall-out and has withdrawn from making any government contract bids for six months.