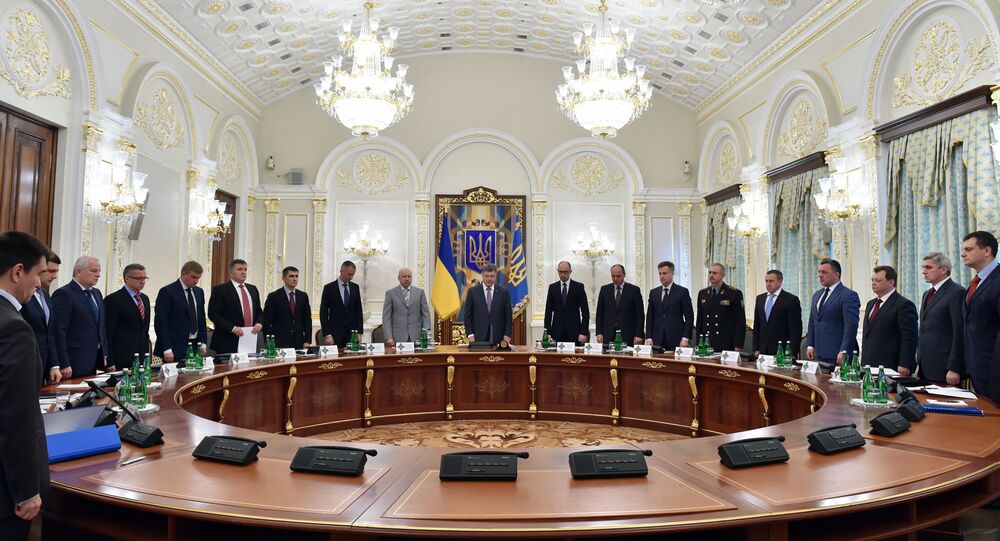 The National Security and Defense Council of Ukraine introduced additional sanctions against nationals and entities of the aggressor-state, according to official statement.

"The National Security and Defense Council of Ukraine has introduced additional sanctions against nationals and entities of the aggressor-state," the press service said in a statement.

© Sputnik / Alexandr Maksimenko
Ukraine Plans to Extend Sanctions List Against Russia - Foreign Minister
In particular, the sanctions have been imposed on Crimea residents who have been elected to the Russian State Duma, as well as "against the members of the so-called election committees and Ukrainian enterprises in Crimea that have been re-registered as Russian companies," the statement said.

At the same time, the NSDC has decided to extend existing sanctions against Russian national and entities for a year "in order to ensure transparency and synchronization of all imposed sanctions," according to the document.