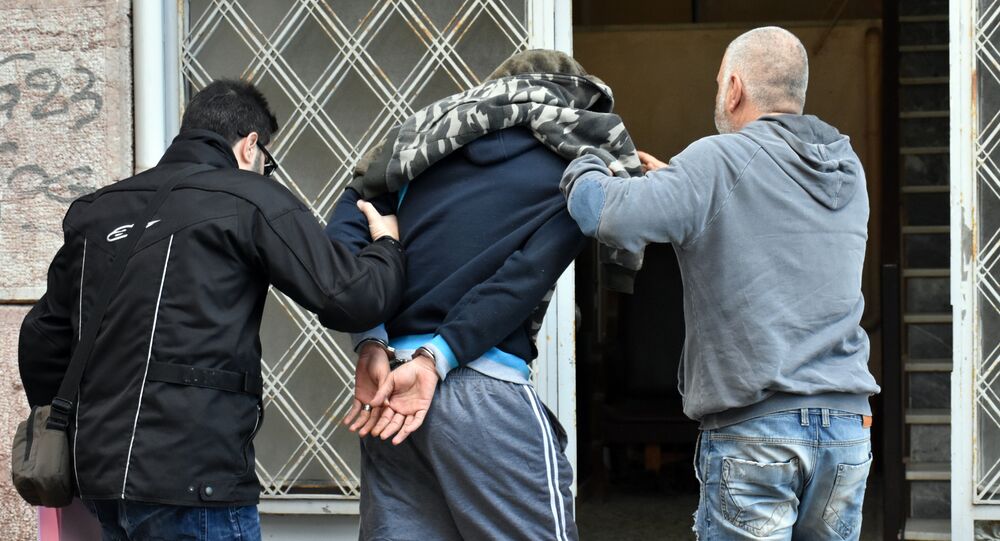 "The situation on the islands is very complicated. [Authorities] are making efforts aimed at creating small [detention] facilities for the people who have committed offenses, capable to host 100–200 people," Mouzalas said at a press conference, according to Hellenic Broadcasting Corporation.

According to the broadcaster, Mouzalas also said special system to host street children at former military and refugee camps would be created.

© AP Photo / Santi Palacios
EU Pressure on Greece Over Migrants, EU-Turkey Deal Blasted as 'Hypocritical'
Europe is suffering from a massive migration crisis, trying to find a way to tackle the flow of undocumented migrants from the Middle East and North Africa. Greece is on the frontline of the refugee crisis, as hundreds of thousands of people arrive in the Balkan state crossing the Mediterranean in order to seek asylum in the European Union.

The security situation in migrant reception areas on Greek islands is poor, as migrants are frequently staging riots amid bad living conditions in the camps and extended stay there. In October, refugees from Pakistan and Bangladesh set on fire the headquarters of the European Asylum Support Office on Lesbos due to frustration over slow processing of their asylum applications.