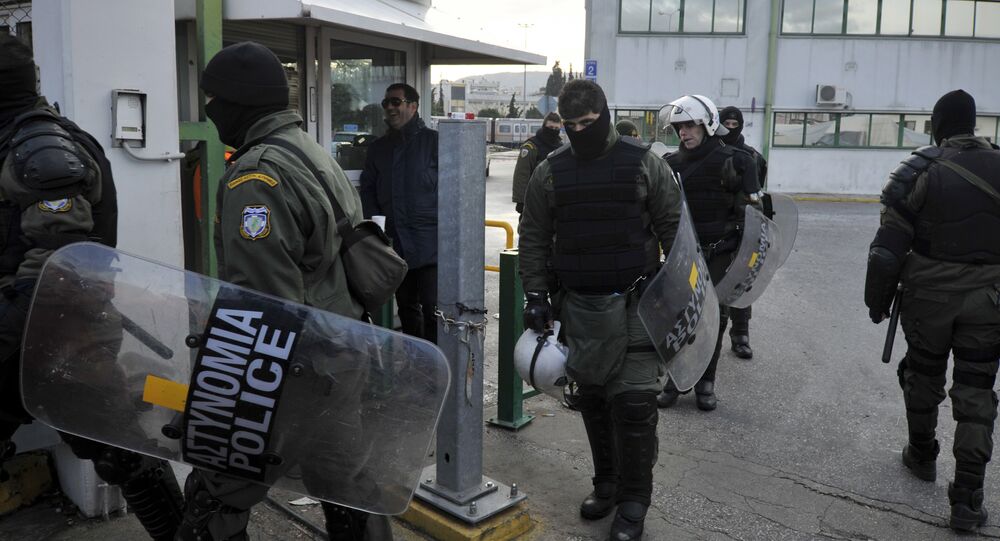 The members of the POE-OTA trade union clashed with police officers during in a rally in order to voice their demands to the Greek Interior Minister Costas Poulakis in Athens, according to local media reports.

MOSCOW (Sputnik) — Dozens of protesting Greek municipal workers clashed with police officers during a rally in the country's capital of Athens on Wednesday, local media reported.

The members of the POE-OTA trade union participated in a rally in order to voice their demands to the country's Interior Minister Costas Poulakis, when police cordon prevented them from entering the minister's office, the Ekathimerini.com news portal reported.

© REUTERS / Michalis Karagiannis
Greece Seeks to Create South-European Alliance to Protest German 'Austerity Policy'
After the scuffle, the protesters moved away from the minister's office and blocked part of the avenue near the parliament, demanding overdue wages for municipal workers, the media outlet added.

Different social groups and trade unions have been rallying across the country for months, protesting against the austerity measures implemented by Athens. The social cuts, as well as other reforms are being implemented by the government in line with Greece's agreement with it's international creditors on the issue of a third bailout package to support the country's economy.

Protesters, Police Clash in Greece on Anniversary of Police Killing of Teen