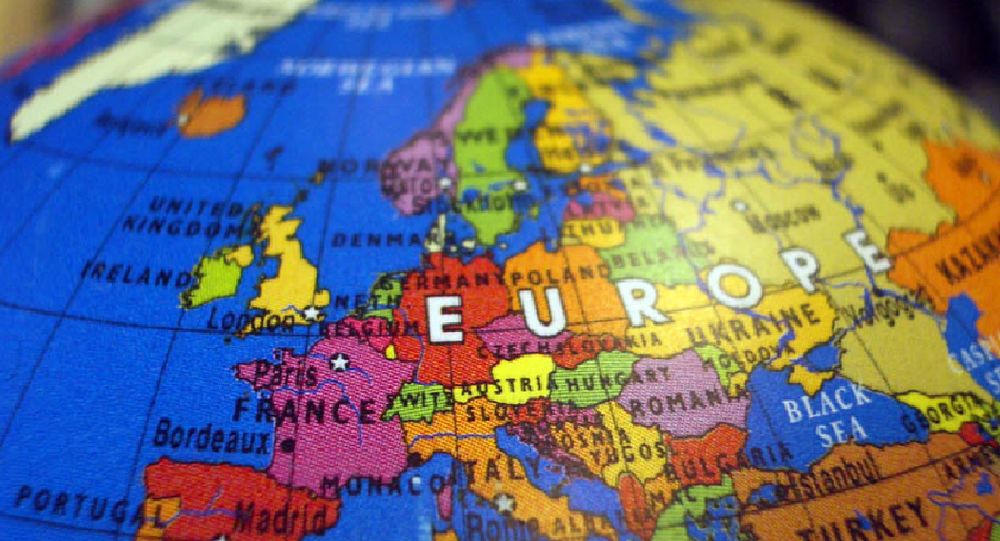 The intention of the European Union as a supranational organization has never been to promote prosperity in Europe, economist and geopolitical analyst Peter Koenig told Sputnik.

The interview came after the release of a European Central Bank (ECB) survey which indicated that the gap between the rich and the poor is on the rise in Europe.

Ten percent of eurozone households own more than half the region's wealth, with half a million euros each on average. Meanwhile, the poorest five percent owe more than they possess, and are stuck with negative net worth, according to the survey.

It seems that everyone was about ten percent worse off overall in 2014 than in 2010. Sadly but not surprisingly, the poor became poorer faster than the rich during that period.

The Gini coefficient, the statistical measure of inequality, rose over the time period, reflecting the inability of residents of poorer EU member states as well as those living in formerly industrial areas of nations in Western Europe to earn comparable incomes to employed people in more prosperous cities.

"The ECB knows very well what's happening. They are at least partially to blame for the situation when the rich get richer and the poor get poorer," Peter Koenig said. The former World Bank staff member criticized the ECB's monetary policy, saying it "has nothing to do with Europe's realities."

Koenig described the EU as not a union in the full sense of the word.

"It has no common constitution, no common political goals and it is too diverse culturally and economically to be united under one currency, the euro, which has been a failure from the beginning," he said.

Koenig also pointed the finger at the EU for doing little to improve people's living standards.

"From the very beginning, the purpose of the European Union and the common currency was not to create a prosperous Europe. It was an idea of the United States to have a Europe which could be subdued, something that is currently happening," he pointed out.

"Unemployment is a [result of the] neoliberal trend of privatizing everything, which puts people out of work and which makes pension funds privatized.Also, [privatization] puts the private sector in charge of social services, which is why benefits for people become much lower," Koenig said.

When asked why European bankers would betray the interests of their own particular countries and countrymen, he said that "we have lost all sense of solidarity within the Western world."

"The European bankers are only interested in an instant profit rather than the wellbeing of ordinary people, just like the US banks," he pointed out.

© Sputnik / Natalia Seliverstova
European Central Bank Stimulus Extension in Focus Amid Itexit Fears
According to the ECB surbey, the better-off groups are the self-employed and homeowners, however, not people with mortgages.

The latter were hit especially hard between 2010 and2014: the average household with a mortgage lost more than double what renters and those who owned their homes outright lost.

The ECB surveyed 84,000 people in 18 of the euro-area countries, as well as non-eurozone EU member states Poland and Hungary.