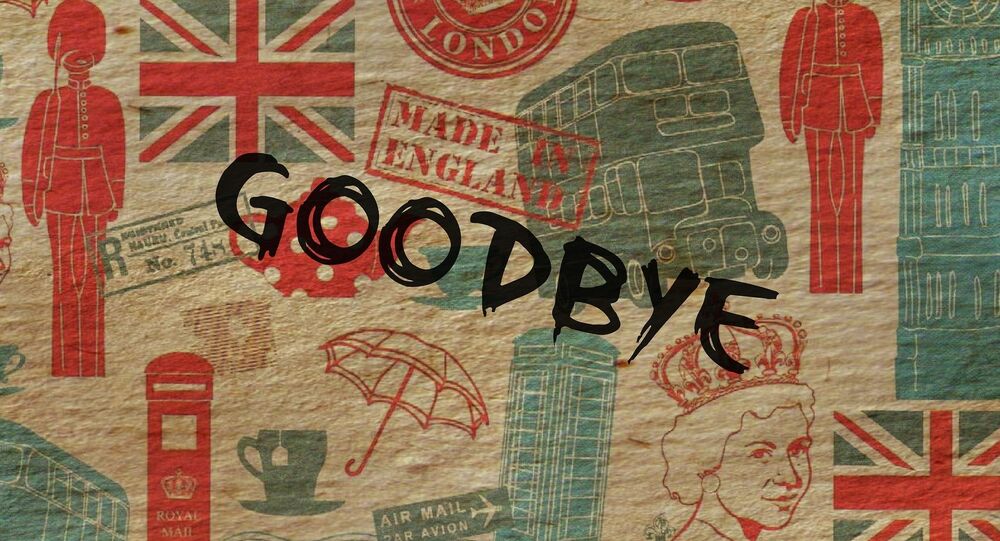 After Brexit, UK to Get 'Only What EU Decides They Want to Offer'

UK companies have submitted their Brexit wish list to the country's Prime Minister Theresa May, demanding easy access to EU labor and markets as well as favorable trade ties with EU companies; however Dr. Peter Holmes has told Radio Sputnik that it won't be the UK which decides its future cooperation with the EU after Brexit.

© AP Photo / Kathy Willens
EU Single Market Membership May Hinder UK Trade Deals - Ex-Bank of England Governor
According to a new survey by the Confederation of British Industry (CBI), the UK’s relationship with the European Union after Brexit should be based on a "whole economy" approach that leaves no industry behind. In other words, it must meet the needs of every sector of the economy to be successful, as the consequences of leaving behind a sector could have knock-on effects for others.

Ahead of the upcoming Britain's negotiations with the EU, scheduled for 2017, on the ease of doing business, regulation, and access to talent after Brexit, the CBI has held thousands of conversations across the country with trade associations and firms of all sizes on in-depth opportunities, concerns and questions that 18 sectors of the UK economy have in mind.

The CBI then released its Making a Success of Brexit survey, where it called on the British government to "consider the complexity of the modern economy where no business operates in isolation."

"Products come with complementary services, supply chains overlap across borders, and many companies do not fit neatly into a single sector," it noted.

“Leaving the EU will be a highly complex process, and all sectors of the economy are making their priorities clear in order to get it right," the statement on the CBI's website quotes Carolyn Fairbairn, CBI Director-General as saying.

© AFP 2020 / Justin Tallis
UK Prime Minister Calls for Unity, New Role for Country After Brexit – Reports
The CBI then reveals the terms of various sectors of the British economy.

Airlines, and the wider aviation sector, which employs nearly one million people, as well as logistics companies, haulage firms and retailers, for example, are asking "how the Government will seek agreements that allow the smooth transport of holiday-makers, workers and goods."

"Restaurants are asking how they will continue to hire chefs from abroad, while companies in the chemicals and plastics sector, which export towards £30bn worth of products each year, are asking whether they will still be able to access the skilled employees they need at their plants," the website says.

This is also an issue for logistics firms who already face a shortfall of nearly 35,000 HGV drivers

Construction companies, which will build the UK’s new homes, roads and rail in a sector worth over £100bn to the UK economy, are asking about the potential costs of importing materials and the future of the CE marking regime, as are many manufacturers.

Creative industries, which employ nearly two million people across music, film, video games, architecture and more, are asking about the future of Intellectual Property and data flows, as are life sciences businesses, technology companies and other sectors.

Radio Sputnik discussed this with Dr. Peter Holmes, Director of the Centre for the Analysis of Regional Integration at Sussex and a specialist in international economic integration, who said that the UK is unlikely to have too much say in the process.

"It is not possible for the British government to guarantee anything," he told Sputnik.

"I think that the British government can make its pitch. It can come up with its objectives, but ultimately the market access we get will be what the rest of the EU decide they want to offer us," he further added.

"They may say: sorry, no deal. Full membership or just the WTO," he suggested.

Dr. Holmes further explained that the Germans in particular have said: no cherry picking, hence it will be very hard for the British government to achieve the objectives it wants.

© AFP 2020 / ANTHONY DEVLIN / POOL
UK Queen Disappointed by Prime Minister's Refusal to Discuss Brexit Strategy
The EU has 27 member states, each of them would have to be in complete agreement, he told Sputnik. Once they've got a position, and it is going to be difficult for them to come up with a complicated offer, it is going to be very difficult for them to negotiate amongst themselves.

Therefore the most likely outcome, he suggested, is that they will offer one or the other of the standard packages, which might be either EA membership (The European Economic Area), along with Norway, Iceland and Liechtenstein, or simply WTO membership.

"The only thing one can say with certainty is that it will be very difficult for the UK to secure a bespoke deal in the timetable available," he said.

Dr. Holmes finally noted that some people in the EU Commission have already indicated that they won't even start negotiating a UK specific deal until it has left the bloc.

Brits' Christmas Message: Get on With Brexit!