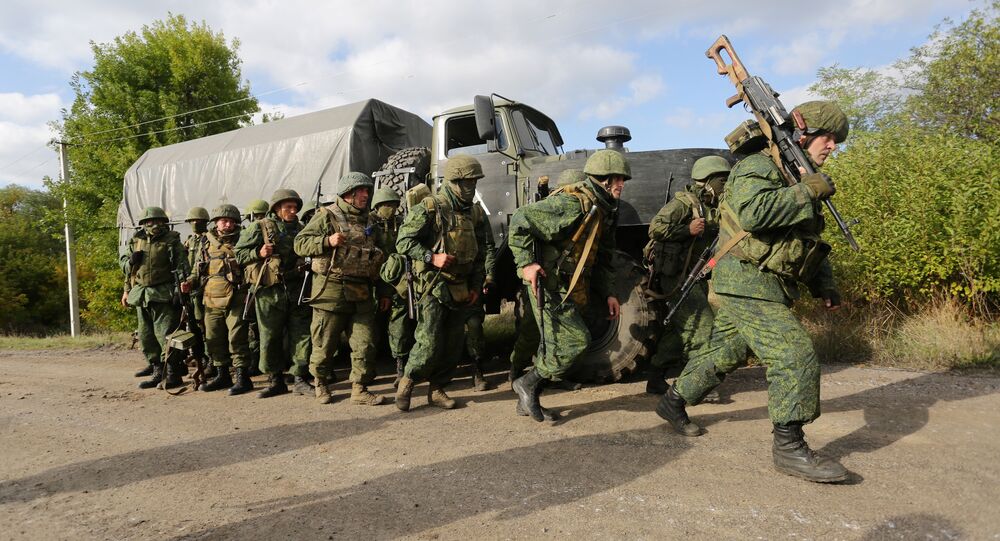 "The special commission has already prepared 1,084 cases on materials relating to the period from June 2014 to November 2016. A total of 354 of them are on killed civilians, 677 – on injured civilians," Nikonorova said.

She noted that a systematized database of war crimes committed by Kiev authorities had been created.

"All these facts will be serious arguments in the work of at least two groups – those on security and humanitarian issues — during the Minsk talks. These are direct proofs of violation of the ceasefire, uncontested facts of infringement of human rights in Ukraine," Nikonorova said adding that the database of Ukrainian war crimes will also be useful for works on preparing the new amnesty law.

© Sputnik / Viktor Tolochko
Ukraine Reconciliation Contact Group Subgroups Adjourn in Minsk - DPR Envoy
The Donbas region has been in turmoil since April 2014, when authorities in Kiev launched a military operation against pro-independence militias in eastern Ukraine. In February 2015, the two sides agreed to a ceasefire after talks brokered by the leaders of Russia, France, Germany and Ukraine – the so-called Normandy Format – in the Belarusian capital, Minsk.

The deal stipulates withdrawal of weapons from the line of contact in eastern Ukraine, an all-for-all prisoner exchange and constitutional reforms that would confer special status on the self-proclaimed DPR and the Luhansk People’s Republics (LPR). Both sides in the conflict, however, have consistently accused each other of violating the ceasefire terms.