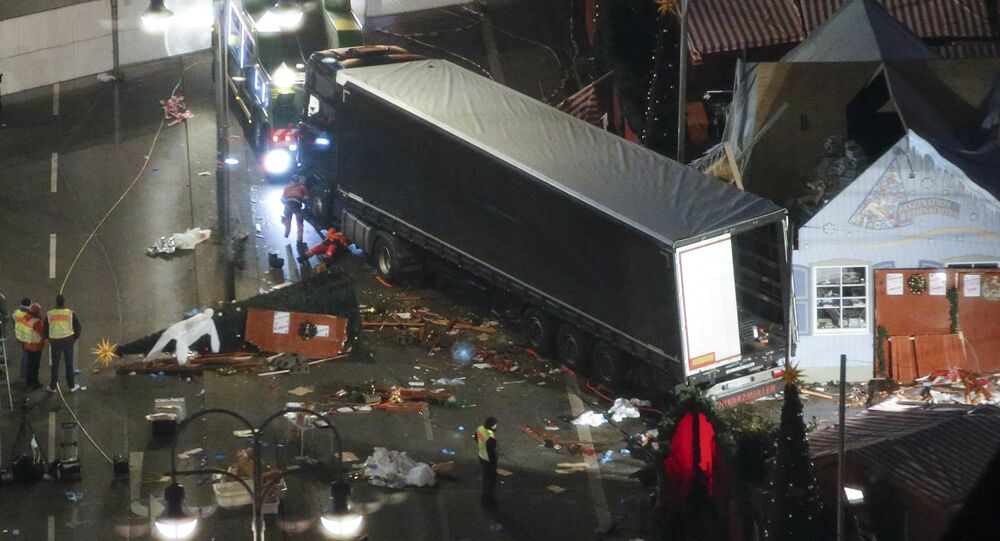 Italian Interior minister has confirmed that Berlin Attack suspect Anis Amri was shot dead in a gunfight in Milan.

Anis Amri, a 24-year-old asylum seeker from Tunisia, the alleged suspect in the Berlin attack, was killed in a shoot-out in a suburb of the northern Italian city of Milan, Reuters reports earlier citing a security source.

German prosecutors are in contact with Italian authorities over the Berlin attack, Reuters reports citinq a spokesman for the Ghief Federal Prosecutor's office.

© AFP 2021 / Odd ANDERSEN
Dashcam Video Captured Truck Rushing Towards Berlin Christmas Market
A manhunt for Anis Amri, a 24-year-old asylum seeker from Tunisia, began on Wednesday. The man has been the only suspect since German police released a Pakistani refugee, detained at the scene, for lack of evidence.

On Monday, a truck rammed into the crowd at the Berlin Christmas market at Breitscheidplatz, killing 12 people and injuring 49.

Earlier this year, on July 18, a 17-year-old Afghan asylum seeker launched an ax-and-knife attack on passengers of a commuter train in Bavaria, wounding five tourists. Four days later, a German of Iranian origin shot nine people in Munich and committed suicide. On July 24, a Syrian refugee exploded a bomb outside a music festival in Bavaria’s Ansbach, killing himself and wounding 15 bystanders, while another Syrian killed a woman with a machete in Reutlingen near Stuttgart.