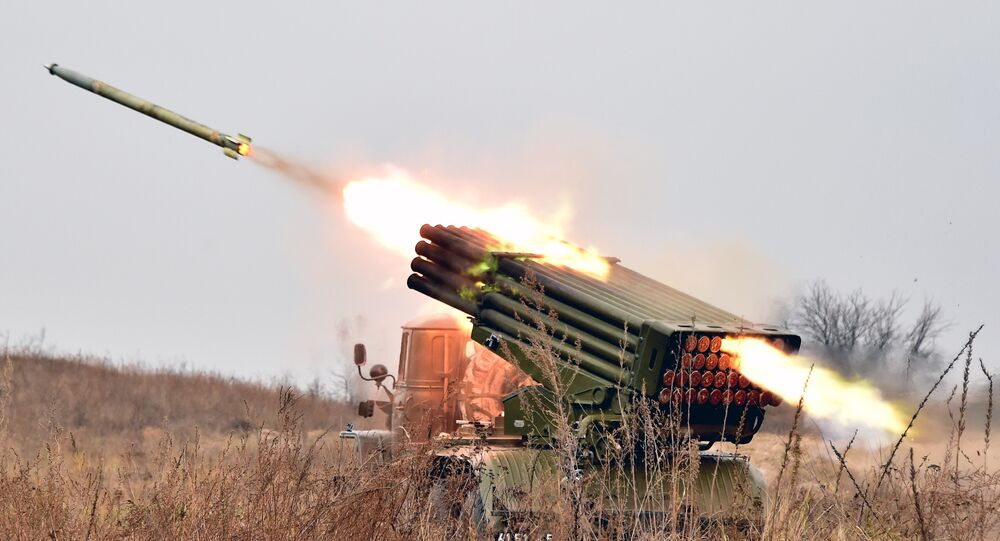 Principal Deputy Chief Monitor of the OSCE Special Monitoring Mission (SMM) Alexander Hug has reported a huge spike in ceasefire violations in Ukraine's breakaway Donbass region with up to a thousand of mortar tank artillery and multiple launch rocket systems explosions in the last week.

MOSCOW (Sputnik) — The number of ceasefire violations in the conflict-torn eastern Ukrainian region of Donbass has increased by 75 percent compared to the previous week, Hug said Thursday.

"Last week the OSCE SMM recorded a 75 percent increase in the number of ceasefire violations compared to the previous week," Hug said at a briefing in Kiev.

Hug noted that the increase in the use of weapons prohibited by Minsk agreements increased by "approximately 300 percent."

© AP Photo / Mstyslav Chernov
US State Department Welcomes Ceasefire Agreement in Eastern Ukraine
The eastern Ukrainian regions of Donetsk and Luhansk have been in turmoil since April 2014, when authorities in Kiev launched a military operation against Donbass militia. In February 2015, the two sides agreed to a ceasefire after talks brokered by the leaders of Russia, France, Germany and Ukraine – the so-called Normandy Format – in the Belarusian capital of Minsk.

Both sides in the conflict, however, have consistently accused each other of violating the ceasefire.