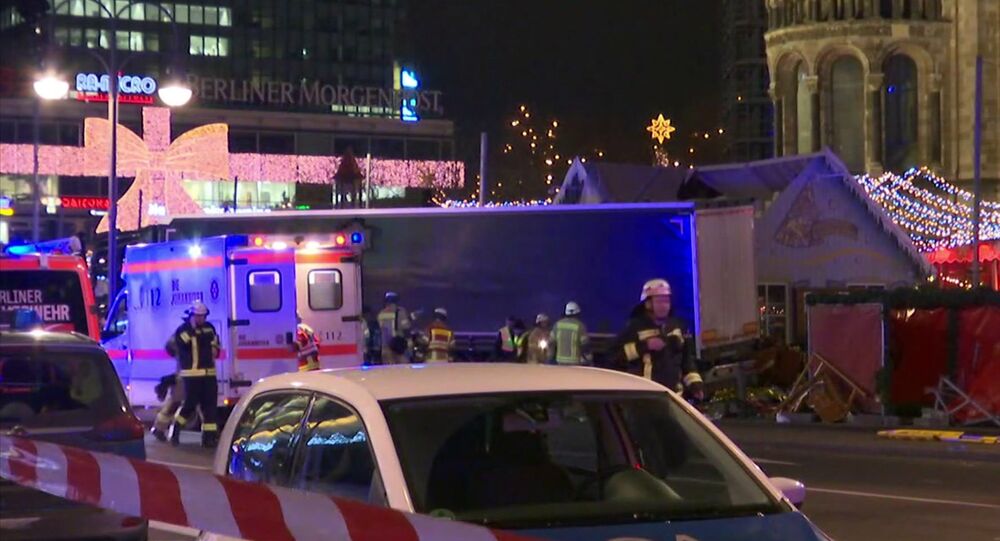 Who is to blame for the Berlin Christmas market attack?
Voted: 9
All polls
MOSCOW (Sputnik) — A manhunt is on for the 24-year-old Tunisian on suspicion he was linked to last Monday’s truck attack at a Christmas market in central Berlin, which killed 12 people and injured 49. His fingerprints were reportedly found on the truck door.

Der Spiegel magazine cited security sources as saying the man had made veiled offers to serve as a suicide bomber in phone talks with "hate preachers" under surveillance, but police deemed them not enough for an arrest. He also asked where he could get weapons.

Amri crossed from Italy to Germany last year and posed as an Egyptian to claim asylum, the magazine reported. German asylum authorities became suspicious of him after it became evident he knew little about Egypt.

Amri’s residence permit was found inside the cab of a Polish-licensed truck that was used to plough through Christmas market stalls near a busy shopping street, Kurfuerstendamm. German prosecutors have offered a reward of over $100,000 for information leading to his arrest.