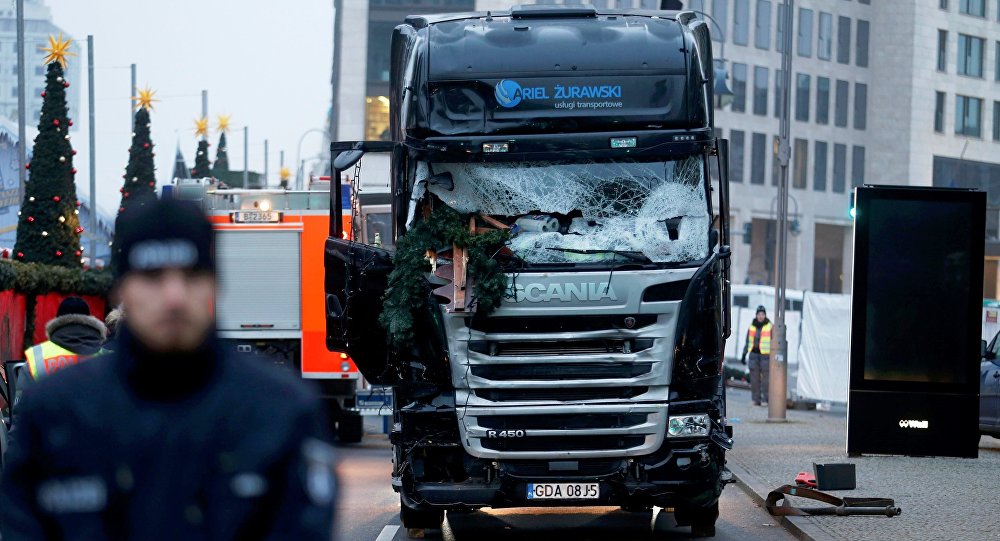 MOSCOW (Sputnik) – The apartments were searched on Wednesday evening, however, Amri was not found there, the Die Welt newspaper said citing a law enforcement source.

On Monday, a truck rammed into the crowd at a Berlin Christmas market on the Breitscheidplatz square, killing 12 people and injuring over 40 others.

© AP Photo / Michael Sohn
Suspect in Berlin Truck Attack Was Under Surveillance for Months
The German Prosecutor’s Office offered on Wednesday a reward of up to 100,000 euros (over $104,400) for leads that would help detain Anis Amri.

The suspect’s brother, Walid, told the Bild newspaper on Wednesday that "in our last conversation two weeks ago he said that he was doing ok."

According to Walid, the two brothers were only in contact via Facebook since Anis Amri left Tunisia in 2011, heading for Italy in hopes of eventually settling in Germany and getting a job.

According to police, Anis Amri arrived in Germany in 2015. According to the suspect’s father, Anis Amri was reportedly held in prison in Italy on charges of school arson prior to arriving in Germany.