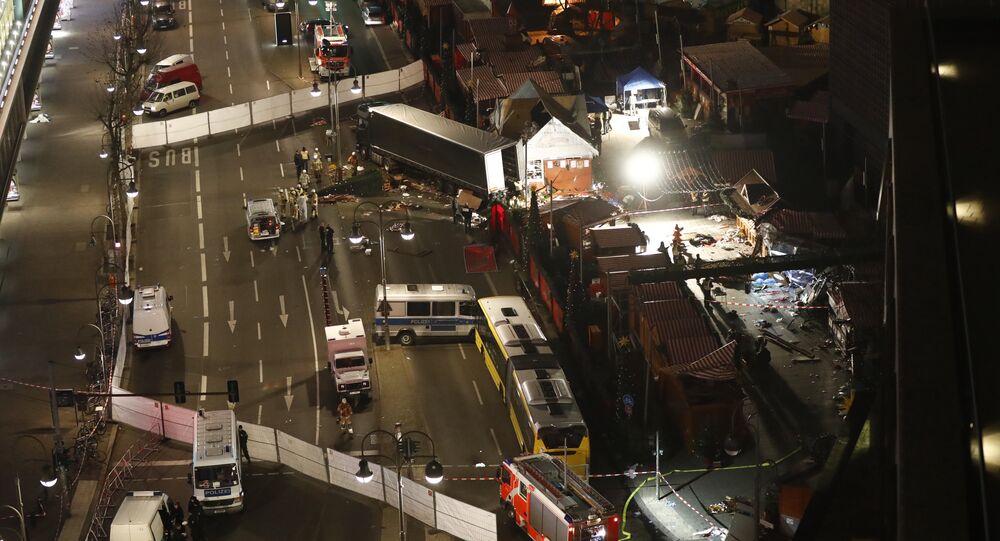 The recent violent attack in Berlin was directed against the humanity itself and demonstrates an urgent need to stop terrorism, US President-elect Donald Trump told reporters Wednesday.

WASHINGTON (Sputnik) — On Monday, a truck rammed into a crowd at a Berlin Christmas market on the Breitscheidplatz square, killing 12 people and injuring 49.

The president-elect delivered the statement after meeting with his national security adviser Lt. Gen. Michael Flynn.

© REUTERS / Carlo Allegri/File Photo
Trump Says Murder of Russian Ambassador Violates 'All Rules of Civilized Order'
Trump added that he continues to stand by his plans to tighten US immigration policies.

"You've known my plans all along and I've been proven to be right," Trump pointed out referring to his campaign proposal to ban Muslims from entering the United States without proper vetting process.

Berlin police are still searching for a Tunisian national suspected of committing the attack, after finding his documents in the truck.