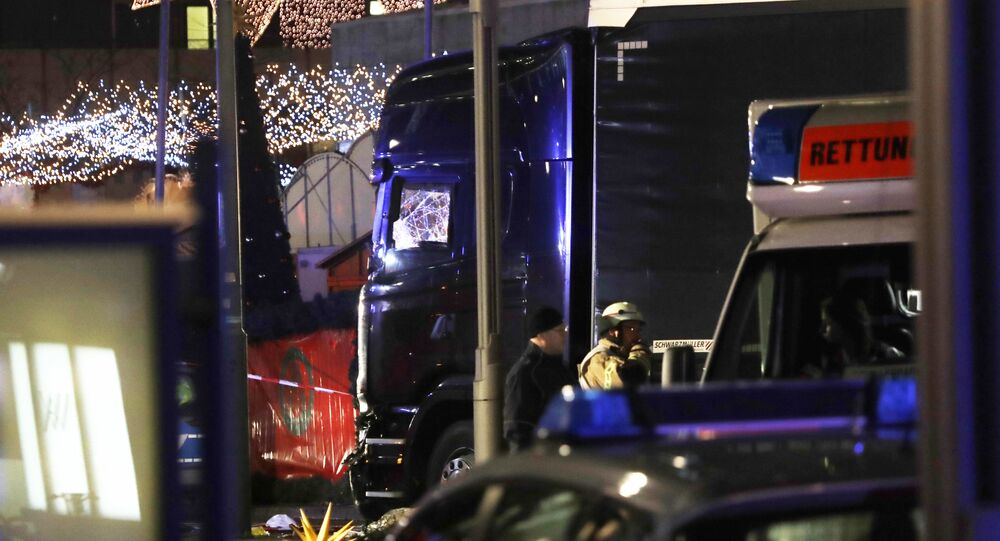 The suspect in Monday’s deadly terrorist attack on a Christmas market in Berlin had been under covert surveillance for several months earlier this year.

Anis Amri, a 23-year-old Tunisian man suspected of the attack, had previously caught the attention of intelligence officials who suspected that he was planning an attack. There are reports that he had planned a robbery to fund the purchase of automatic weapons to carry out his plot.

© AFP 2020 / CHRISTOPHE ARCHAMBAULT
French Interior Minister Calls for Boosting Border Control After Berlin Attack
His application for asylum in Germany was rejected in June, but he could not be deported, as he did not have a valid passport.

To be able to deport him, German authorities had attempted to get him a new passport, but originally Tunisia challenged whether he was a citizen. His new travel documents arrived in Germany on Wednesday, the same day that a nationwide wanted notice and reward of €100,000 ($104,300) was offered for tips leading to his capture.

“This person attracted the attention of various security agencies in Germany because of contacts to a radical Islamist milieu,” Interior Minister of the western German state of North Rhine-Westphalia, Ralf Jäger, said in a news conference on Wednesday.

Fourteen people remained in critical condition on Tuesday evening. Twelve people were killed during the rampage and dozens more injured.

“There is clearly a connection between the refugee crisis and the elevated terror danger in Germany,” conservative lawmaker Stephan Mayer said in a press briefing. “The identity of this Tunisian also underlines this, since he clearly entered Germany…in the context of the refugee crisis.”

Mayer stated that it is believed that Amri is a follower of the Salafi strain of Islam, and that he may have ties to Daesh.

Amri was named a suspect after his residency permit was found in the cab of the truck that was used in the deadly attack. The document was discovered on Tuesday, as investigators conducted a more thorough search of the vehicle.

A Pakistani man was previously arrested for the incident, but was released after forensics failed to link him to the vehicle.