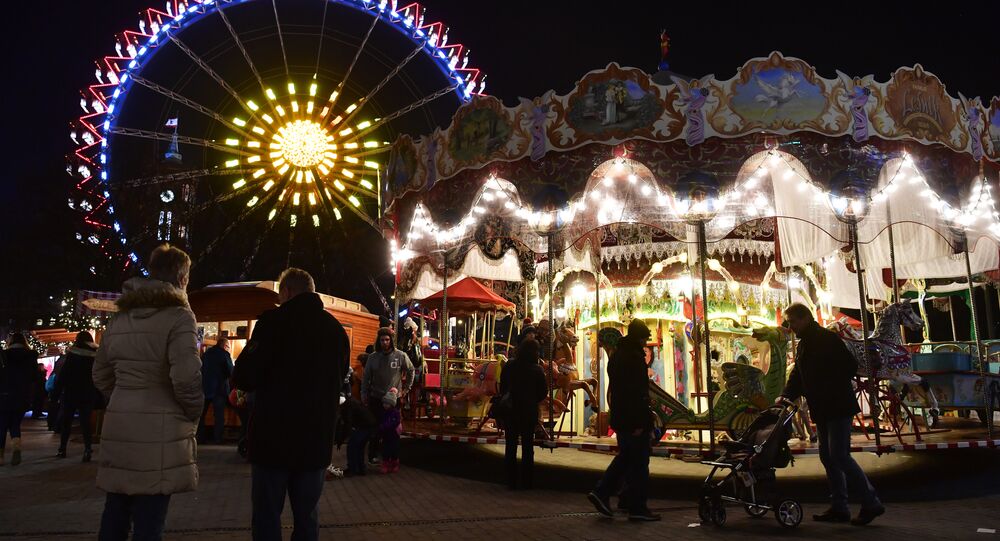 On Monday, a truck rammed into a crowd at a Berlin Christmas market on the Breitscheidplatz square. The country's Interior Ministry has labeled the incident a terrorist attack.

"In the hotels, there are no signs that visitors are hastily packing their bags to leave the city. Even today we had new bookings for Christmas and New Year's Eve. If you go through Berlin today, you can see that the city returns to normality," Kieker said.

© REUTERS / Hannibal Hanschke
Hackers Attack German Police Website With Photos, Video of Berlin Truck Attack
The attack in Berlin, which killed at least 12 and injured 48, has sent shockwaves throughout the world.

"Luckily, Berlin had no experience with such attacks so far. That is why we were uncertain what would happen. But our guests seem to feel safe," Kieker added.

Berlin police are still searching for a Tunisian national suspected of committing the Christmas market attack, as his documents have been found in the truck.

Following last November’s terrorist attacks in Paris and July's tragedy in the Mediterranean coast city of Nice, France’s tourism industry saw a drop of 8 percent on average in the numbers of foreign visitors since the start of 2016.