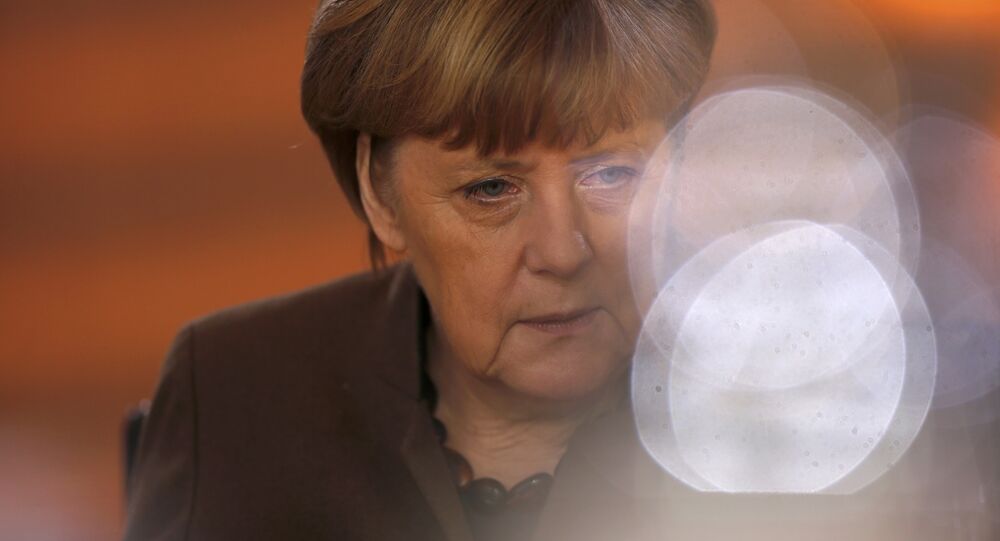 As German police and the security services continue their hunt for the driver of a truck that plowed into shoppers at a busy Christmas market in Berlin Monday night (December 19), Chancellor Angela Merkel is facing a party split over her 'open doors' policy on immigration.

Merkel chaired a cabinet meeting, Wednesday (December 21) in an attempt to motivate her cabinet to show solidarity in the shadow of the terrorist atrocity that has rocked the nation. Merkel is under enormous pressure not just to show a tough response to the security situation, but also to make fundamental changes to her liberal stance on immigration.

"We owe it to the victims and the whole public to rethink and readjust our entire immigration and security policy," the leader of Merkel's sister-party, the Christian Social Union (CSU), Horst Seehofer, said.

Seehofer — who is Minister President of Bavaria, the German federal state that was most affected by the surge of migrants flooding into Germany, 2015, from Austria and the Czech Republic — has been a harsh critic of Merkel's 'open doors' policy on migrants.

He spent much of the latter part of 2015 and 2016 calling for a cap on the number of migrants allowed asylum in Germany — which Merkel has staunchly refused — and has called for more resources to deal with the issue of integration of migrants into German society.

However, the Berlin attack was a touchstone moment that has driven Seehofer to go further and demand Merkel addresses the palpable fears of the public: that the Berlin attack is the result of excessive immigration and poorly managed asylum management policies leading to a major threat to Germany's security.

Although the perpetrator of Monday's attack is still believed to be on the loose, Daesh (also known as ISIL) has claimed responsibility for the attack, which saw 12 people killed and at least 48 injured.

Seehofer's warning that — if the atrocity is found to have been committed by a refugee given asylum in Germany — Merkel's immigration policy needs a fundamental overhaul because it has endangered the security nation, Merkel's political future lies in tatters. Hence her calls for unity — an attempt to show leadership in the face of criticism.

Chancellor #Merkel: Find the strength to live the life the way we want it in Germany — free, together, open. #Berlin #Breitscheidplatz https://t.co/19DXjeZjzY

Merkel's cabinet agreed to her interior minister Thomas de Maziere's plans for a massive increase in video surveillance of Germany's streets and transport systems — proposals that had been in the pipeline since the mass shootings in Munich, July 2016.

Merkel awaits the outcome of the hunt for the Berlin attacker. If it turns out to have been a refugee given asylum in Germany, Seehofer will pile on the pressure over her fight for a fourth term as Chancellor in 2017.

As she admitted in the aftermath of the attack: "We don't have anything for certain, but we must assume it was a terrorist attack. It would be very difficult for us to learn that a human being committed this deed who came to Germany to ask for refuge and asylum.

"It would be terrible for all of the Germans who are very active day by day in helping asylum seekers and refugees. It would be repugnant for those that are helping people that have come to this country and are asking for our help," Merkel said.