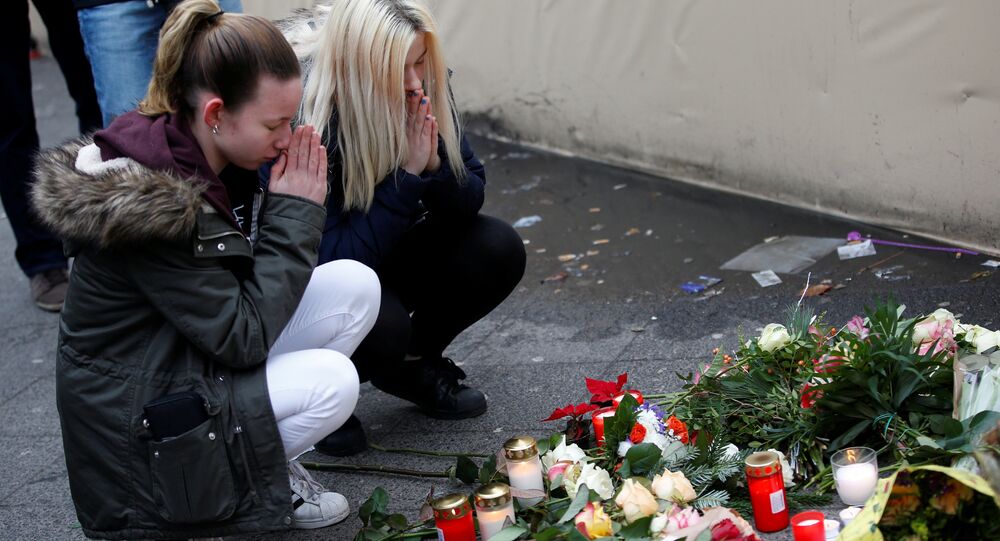 MOSCOW (Sputnik) – On December 19, a truck rammed into the crowd at a Berlin Christmas market on the Breitscheidplatz square, killing 12 people and injuring 49 more. The country's interior ministry has labeled the incident a terrorist attack.

"We strongly condemn this barbaric crime, which has no justification and cannot have any. We stand in solidarity with the people of the Federal Republic of Germany during this time of sorrow," Matvienko said in a letter to Malu Dreyer, the president of Bundesrat, Germany’s parliament.

Matvienko offered condolences to the families of those killed and wished speedy recovery to those injured in the attack on behalf of the Russian Federation Council.