At a time when the Nordic nations seem to be reviving their Cold War paranoia and are gearing to arm themselves against "imminent" Russian "aggression," a Finnish professor has shocked his fellow countrymen by advocating a military alliance with Russia. 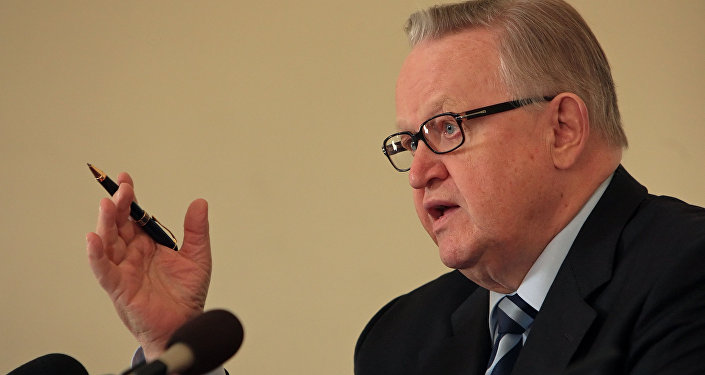 © AFP 2019 / Leon Neal
Finnish Nobel Peace Prize Laureate Makes a Stand for NATO Membership
To the great amazement of his fellow Finns, Alpo Juntunen, an honorary professor at the Finnish National Defense University, has advocated creating a military alliance with Finland's vast eastern neighbor amid a heated NATO debate that has swept the Nordic country.

"A truly practical solution to our security problem would be a defense alliance with Russia," Juntunen said, as quoted by Finnish newspaper Aamulehti.

Juntunen specifically dissuaded his fellow countrymen from joining NATO and particularly warned against what he called "the Estonian way."

"The EU is not a military power, and NATO would only jeopardize its position in the small Baltic states," Juntunen said, calling the Baltic example "alarming."

According to Juntunen, the Ukrainian crisis and Crimea's re-unification with Russia triggered a period of confrontation between Russia and the West. Should this confrontation degenerate into a full-blown war, Finland would be left alone.. Today, even neighboring Sweden, the only non-aligned Nordic country besides Finland, is only ready for "close military cooperation," but opts out of full-fledged alliances. 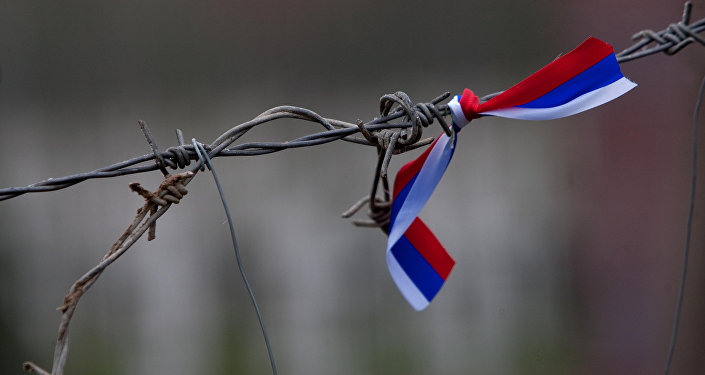 © AFP 2019 / STRINGER
Veteran Finnish Writer Warns West Against New Iron Curtain With Russia
A military alliance with Russia, which, according to Juntunen, should be drawn up carefully, respecting both countries' interests and international law, would allow Finns to maintain their cherished neutrality, paradoxical as it may sound. Juntunen went on to call Russia Finland's "most important neighbor" and stressed that Helsinki should under no circumstances stand against Moscow.

Whereas Finns' attitude to Russia is still somewhat influenced by the Winter War (1939-1940) and the loss of Karelia, Juntunen argued that other, more positive experiences should not be forgotten. According to the Finnish professor, Finland's life as part of the Russian Empire in the 1800s was marked by long-term peace and development.

"When Finland was part of Sweden [1300s-1809], our country was but one endless battlefield, while Finland as a Grand Duchy of the Russian Empire [1809-1917] was guaranteed security," Juntunen said.

Juntunen drew parallels to the post-war era. After World War II, Finnish President Juho Kusti Paasikivi formulated a policy of co-existence marked by the necessity to maintain a good and trusting relation with the Soviet Union. In later decades, this policy, known as the "Paasikivi-Kekkonen Line" or "Finlandization" was upheld by his successor Urho Kekkonen. Although it sometimes led to issues such as self-censorship, it allowed Finland to remain independent.

© Sputnik / Alexei Danichev
Finland Defends Direct Diplomatic Contacts With Russia
Juntunen acknowledged that the policy was subjected to denigrating criticism in post-Soviet days. After the collapse of the USSR, Finland seems to have forgotten geopolitical realities, history, as well as the fact that it shares a 1,300-kilometer long border with Russia, Juntunen complained.

Juntunen is a PhD, a professor emeritus at the National Defense University and an associate professor at the universities of Helsinki and Joensuu. He is the author of a number of Russia-themed researches and books, among them "East or West. Russia's options" (2003) and "The Return of the Empire" (2012).

So far, no Finnish politician has commented on Juntunen's proposal, since it involves politically-charged issues.