Proposed European Union rules to open up the way companies use tax loopholes to conceal their assets in the wake of the Panama Papers revelations are being watered down, according to campaigners, who say the EU is "suffering from a case of amnesia." 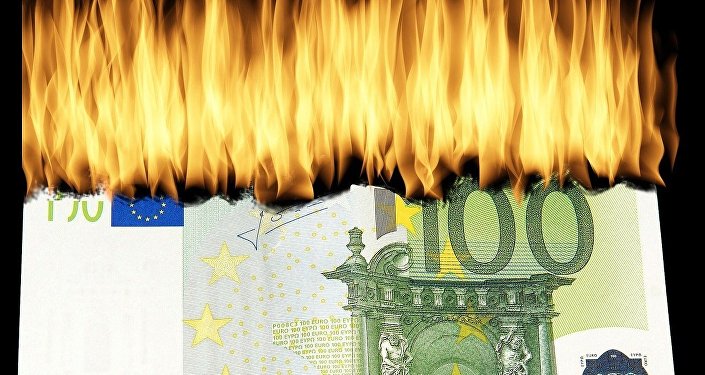 © Photo : Pixabay
'Center of the Web': EU, Britain at Heart of Global Tax Haven Problem - Oxfam
The Panama Papers affair began with the leak, by the International Consortium for Investigative Journalism, of 11.5 million confidential documents that provided detailed information about more than 214,000 offshore companies listed by the Panamanian corporate service provider Mossack Fonseca, including the identities of shareholders and directors of the companies. The documents show how wealthy individuals, such as public officials, hide their money from public scrutiny.

It led to the European Commission calling for a crackdown on secrecy and the establishment of "fairer, more transparent and more effective taxation" and the "strengthening the cooperation between fiscal authorities across the EU."

Crucially, the Commission called for a register of asset ownership.

"It now looks like EU member states are suffering from a case of amnesia. If dropped, this would mean that journalists, civil society organizations and the general public would have to demonstrate a 'legitimate interest' in order to get any information, unless member states voluntarily opt for public access," said the FTC.

"There's also another glaring problem: no one seems to agree on what legitimate interest means. The term is so ambiguous that the Netherlands decided to make their register fully public in part because vetting who should or shouldn't have access would simply be too difficult and costly to administer.

"But with no EU-wide definition, individual member states will have a great deal of discretion in deciding how open their national registers will ultimately be, if the legitimate interest clause is left intact," the FTC says.

​The group believes that — although the Panama Papers exposed the fact that it is common practice to use both trusts and companies in the complex structures that are designed to hide the names of real owners — the Commission's proposals will still allow a large number of trusts to escape registration.

"It's clear that beneficial ownership registers are coming to Europe, but how useful they will be and how accessible they will be to the public are still up in the air. Despite the backing of the European Parliament and Commission, it seems some member states wish to keep the public in the dark," the FTC said.