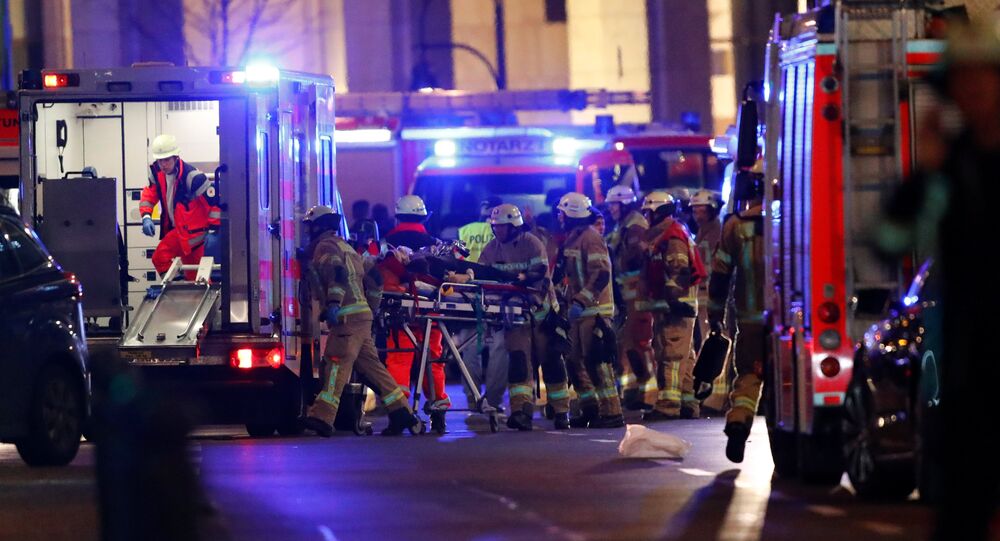 German police was able to detain truck driver who rammed into a crowd at a Christmas market in Berlin's city center yesterday thanks to the help of an eyewitness of the incident.

MOSCOW (Sputnik) — According to earlier media reports, the truck driver left the scene of the attack, but was later arrested and interrogated.

"With the help of this eyewitness we were able to detain the suspect," police spokesman Winfrid Wenzel told Die Welt newspaper.

© AP Photo / AP
Man Detained After Berlin Attack is Not Its Perpetrator, the Criminal is Armed and at Large - Reports Citing Police
According to police, when the eyewitness saw that the driver was trying to escape, he followed him and called emergency services.

On Monday, a truck rammed into the crowd at a Berlin Christmas market on the Breitscheidplatz square, killing 12 people and injuring 48 more. The country's interior ministry has labeled the incident a terrorist attack. According to the interior ministry, the detained man is a Pakistani citizen, who arrived to the German town of Passau December 31, 2015.