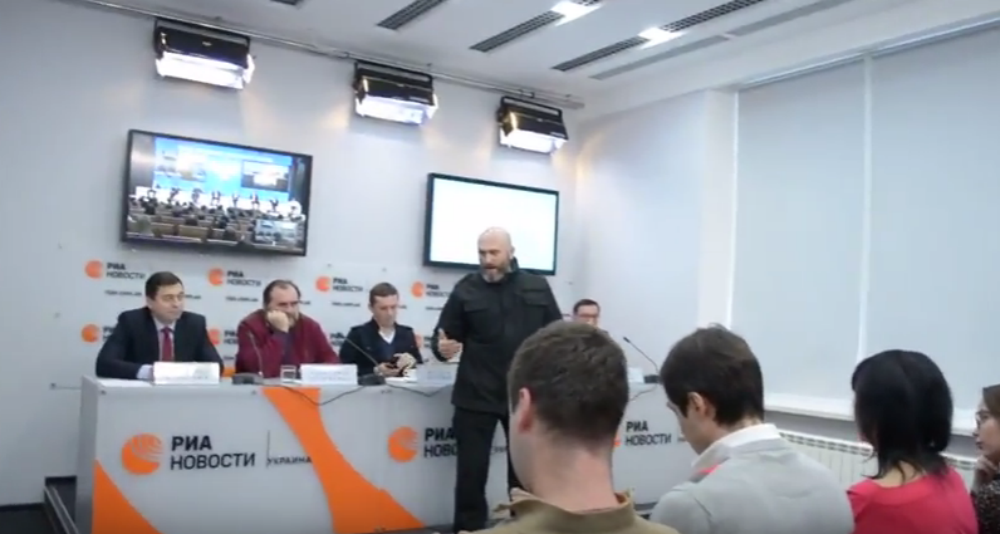 International Federation of Journalists (IFJ) is outraged over the recent attack on the RIA Novosti office in Kiev and demands immediate investigation of the incident, IFJ General Secretary Anthony Bellanger said on Tuesday.

BRUSSELS (Sputnik) — On Monday, some 20 people broke into the office of RIA Novosti in Kiev, demanding suspension of a video linkup with Ukrainian cities. After police arrived at the scene, the attackers left the office, with none of them being detained.

“On behalf IFJ, we join our affiliate, RUJ [Russian Union of Journalists], and we express our deep indignation after attack on the RIA Novosti office in Kiev, Ukraine. We demand the Ukranian security forces to thoroughly to launch quick investigation and to prevent similar accidents in the future,” Bellanger told RIA Novosti.

Bellanger stressed that any attack on journalists, regardless of the frontiers or political situation, constitutes "the attack on society and its right to free access of information."

The Russian Foreign Ministry has called on Organization for Security and Co-operation in Europe's (OSCE) Representative on Freedom of the Media Dunja Mijatovic to assess the incident.

Suspected Ukrainian Spy Detained in Russia Had No Journalist Visa