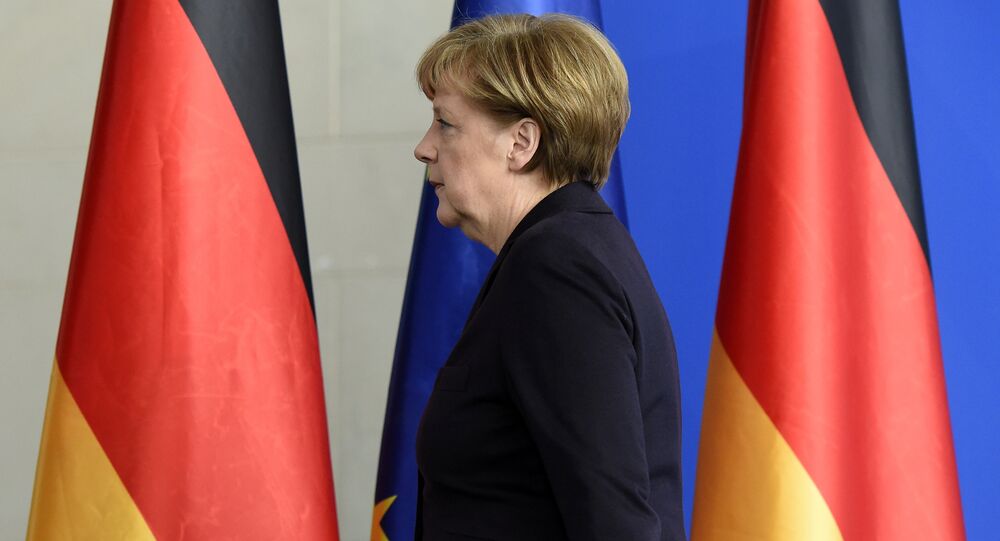 "We still don't know for certain many details of this event but we have to proceed from the current presumption that it was a terrorist attack," Merkel told reporters in Berlin.

"I know it would be particularly unbearable for all of us if it were confirmed that a person who requested protection and asylum in Germany had been behind this," the chancellor said.

She added this would be unfair to Germans who provide assistance daily at refugee shelters as well as to asylum seekers who genuinely need protection and do their best to integrate.

© AP Photo / AP
Emergency services attend the scene, after an attack by a truck at a Christmas market, in Berlin.
© AP Photo / Michael Sohn
Detained Berlin Truck Ramming Suspect Identified as Pakistani National
Earlier it was reported that the driver of the truck that rammed into the crowd at Berlin Christmas market has been identified as 23-year-old migrant from Pakistan, media reported citing a German security source. The suspect, Naved B., was born on January 1, 1993, German newspaper Die Welt wrote.

According to earlier reports said that the police searched the hangar at the closed airport Tempelhof where a refugee community is located. The detained driver was reportedly registered there.

The chancellor also said that she is horrified by deadly attack on the Berlin christmas market.

"I am, like millions of people in Germany, shocked, horrified and deeply saddened by what happened last night at Breitscheidplatz in Berlin," Merkel said at a press conference in the capital.

She confirmed 12 people had been killed in the attack and more than 40 had been injured, with some fighting for their lives. The chancellor thanked first responders for their help and vowed to punish those behind the ramming.

On Monday, a truck rammed into the crowd at the Berlin Christmas market on the Breitscheidplatz square, killing 12 people and injuring 48. The incident has not yet been confirmed as a terror attack, however police have indicated to such possibility.

Putin Sends Condolences to Germany Over Truck-Ramming Incident in Berlin