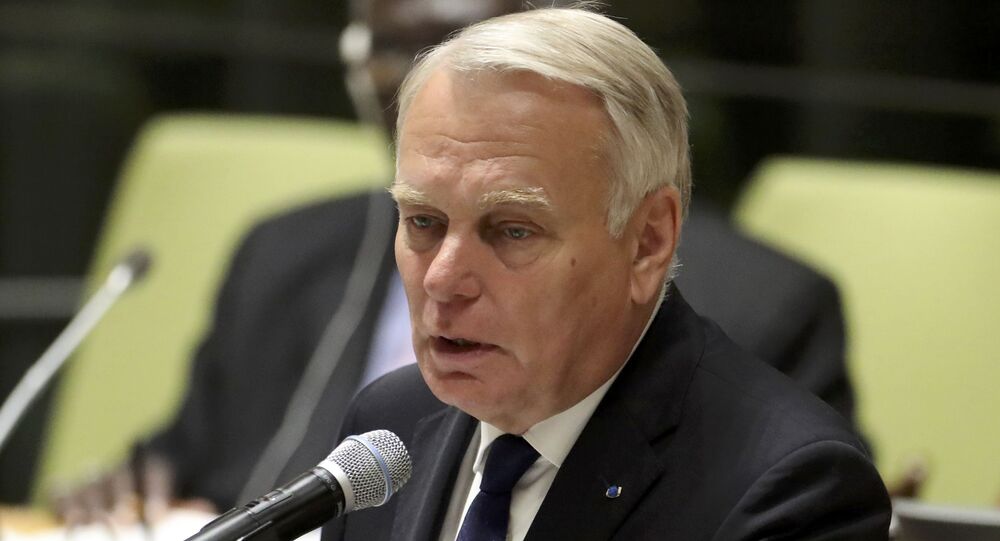 According to reports, French Foreign Minister Jean-Mark Ayrault welcomed the adoption by the UN Security Council of the resolution 2328 on monitoring evacuations in the Syrian city of Aleppo.

"I welcome today's adoption by the UN Security Council of the resolution on the humanitarian situation in Aleppo. This resolution, proposed by France, has become the first response to the humanitarian emergency in Aleppo… It should allow carrying out the evacuation of civilians under the UN supervision, ensure the immediate and unconditional access of population to humanitarian assistance, as well as guarantee the protection of personnel and all medical institutions across the country," Ayrault said in a statement.

Earlier in the day, the UN Security Council unanimously adopted the draft resolution on monitoring evacuations of civilians from Aleppo, which has recently been liberated from jihadists by the Syrian army.

On Friday, France presented its ideas to the UN Security Council on deploying observers to monitor the situation in Aleppo. Russia said the draft resolution was "unworkable" but agreed that having observers on the ground would be beneficial for everyone.

After extensive consultations on Sunday, the Security Council managed to merge French and Russian proposals and agreed on the text acceptable to all parties.