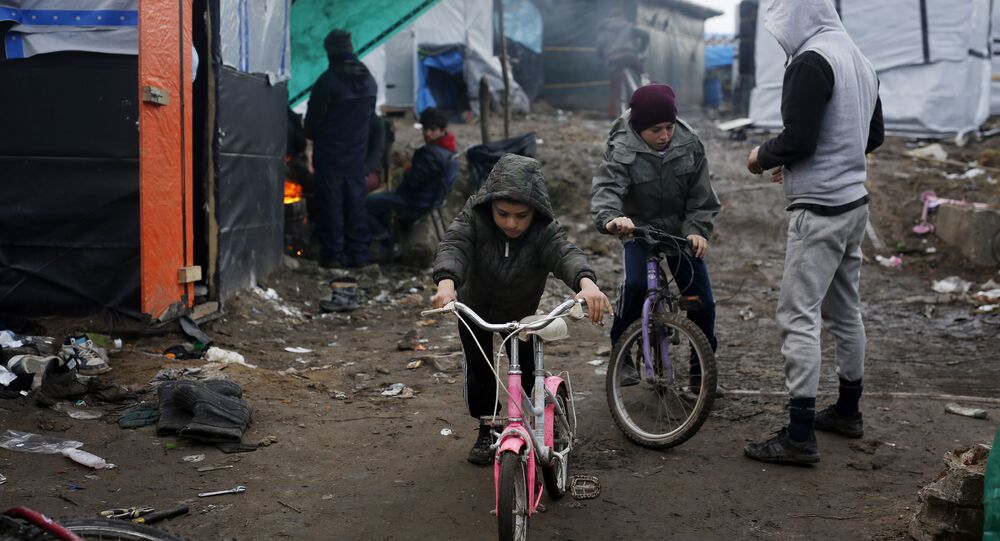 Children refugees from the camp in the French city of Calais were told that their applications for asylum in the United Kingdom had been rejected.

LONDON (Sputnik) — Some 1,900 children and teenagers are now in France, waiting for a permission to enter the United Kingdom. British authorities have already accepted some 750 children. Hundreds of applications have reportedly been rejected.

"From the reports we have received it seems as if this is an organised operation between the Home Office and the French authorities. The children have been told verbally that their asylum claims have not succeeded, but they have not been given any reasons why in writing. This is absolutely shocking," Toufique Hossain, a lawyer who represents a number of the children told The Guardian.

© AP Photo / Jerome Delay
Disappearing Calais Refugee Children Absent From French, UK Missing Lists
The UK Home Office said that it had transferred all cases where the family relationship had been verified and was working with the French authorities to ensure the remaining children were provided with the information on how to claim asylum in France.

On October 24, French authorities started to dismantle the Calais refugee camp, beginning with the relocation of migrants to other facilities across the country with some minors due to be sent to the United Kingdom. The completion of the dismantlement was announced on October, 31. In total, more than 5,500 former residents of the camp have taken refuge in special accommodation centers across France.