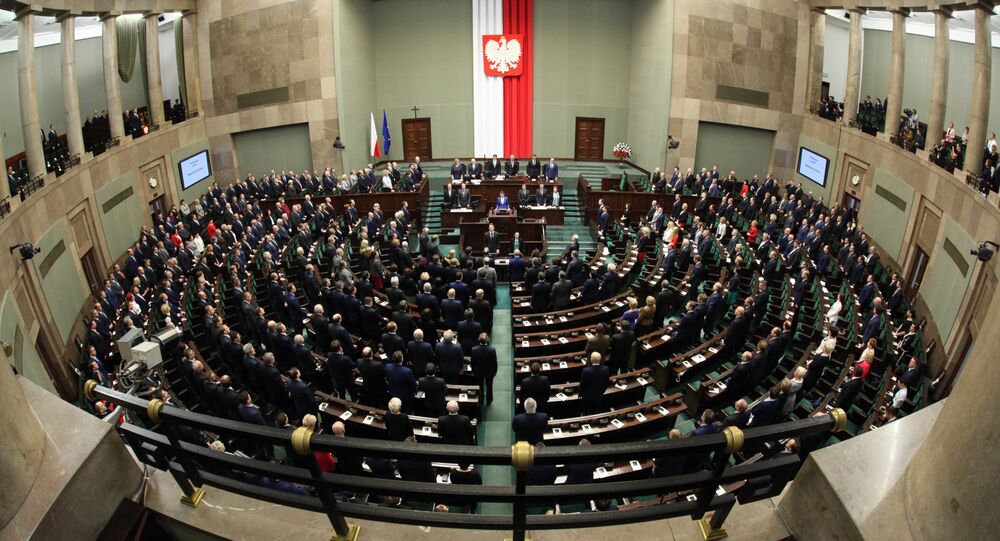 © AP Photo / Czarek Sokolowsk
Polish Ex-Prez That Toppled Communism Ready to Man the Barricades Again
WARSAW (Sputnik) — The consideration of the draft law had been scheduled for Thursday, but was removed from the agenda on request of the foreign ministry, the Gazeta Wyborcza reported.

"It is absurd to compare, for example, German fascism and Lithuanian nationalism," Polish Foreign Minister Witold Waszczykowski said, as quoted by the newspaper.

The draft law, prepared by the conservative Law and Justice party, brought in line different ideologies, including fascism, communism, Ukrainian and Lithuanian nationalism and others, and stipulated demolishing of about 400 monuments and "other elements of memorial nature" that promote these ideologies.

On May 20, President Andrzej Duda signed a law banning propaganda of communism through references to the system in names of streets and other public spaces, since they "can not commemorate people, organizations, events and dates symbolizing communism or another totalitarian regime or promote the regime by other means". The law did not cover monuments, commemorative tablets and other objects.