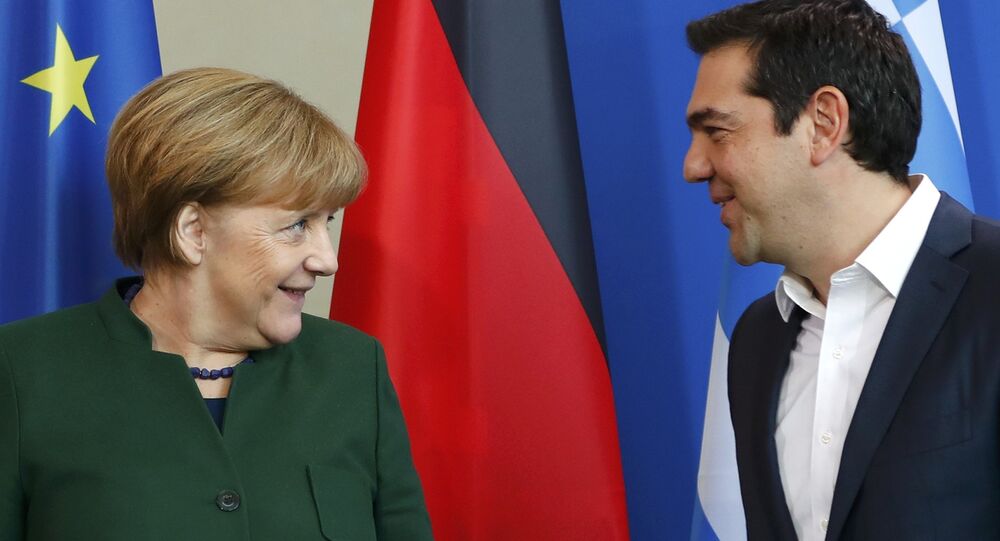 In the latest twist in the long-running negotiations between Greece and its creditors — the Eurozone group, the European Central Bank (ECB) and the International Monetary Fund (IMF) — Athens has had its latest short-term debt relief measures suspended over claims it is failing to take seriously its bailout conditions.

Eurogroup chiefs — who represent all the members of those EU countries that share the single currency — agreed early December a series of short-term measures on Greek debt relief expected to lower it by 20 percent of the country's GDP by 2060.

​Managing Director of the European Stability Mechanism, Klaus Regling, said the measures were an important step for the improvement of the debt's sustainability, noting they will start being implemented gradually in the coming weeks.

However, Greece has caused anger among its creditors by announcing a US$645 million Christmas bonus for pensioners who live on US$836 a month or less as well as the extension of a VAT discount for eastern Aegean islands. The decision caused the Eurozone group to suspend its latest part of the bailout deal.

​Tsipras used his time to persuade Merkel to use her influence to smooth the waters with Greece's creditors, but Merkel — who has been a staunch supporter of austerity as a method of keeping the single currency together and to prevent Greece from crashing out of it — told him Germany did not make the decisions.

Greece is currently in the throes of its third bailout by its creditors after the sovereign debt crisis caused by the global financial crash of 2008. As part of its bailout conditions, Athens is required to impose harsh austerity measures to cut public spending, a complete revamp of its overgenerous pension system and reforms to its VAT system, which allowed many of the islands to avoid VAT in an attempt to boost tourism.

The decision brought swift condemnation for MEPs in the European Parliament. S&D Group Vice-president Udo Bullmann said: "We think that this measure is wrong and unjustified. We believe that Greece has made a lot of sacrifices and that the economic conditions of the bailout agreement have been more than fulfilled.

​"We would like the Parliament to invite Dijsselbloem to explain this decision in an extraordinary Conference of Presidents as soon as possible. Jean-Claude Juncker as president of the European Commission should also contribute to assessing the empiric situation in Greece."

The IMF has also condemned the credibility of the harsh conditions being imposed by the Eurozone and the ECB. In an IMF post, two of its staff, Maurice Obstfeld and Poul M. Thomsen wrote:

"It is not the IMF that is demanding more austerity, either now or as a means to lower the need for debt relief over the medium-term."

"Or to be more direct, if Greece agrees with its European partners on ambitious fiscal targets, don't criticize the IMF for being the ones insisting on austerity when we ask to see the measures required to make such targets credible."