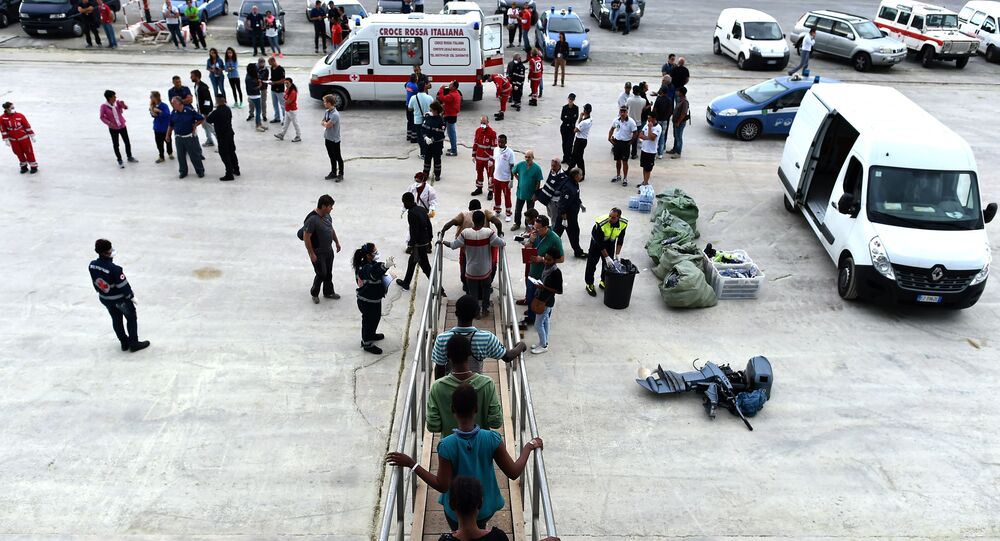 Italy and Spain should improve the treatment to foreigners deported from their territories, CPT revealed found on Friday.

© Flickr / Justin Norman
Obama Plans to Preserve US Senate Torture Report in Presidential Library
MOSCOW (Sputnik) — Italy and Spain should improve the treatment of foreign nationals deported by air from their territories, two reports by the Council of Europe's Committee for the Prevention of Torture and Inhuman or Degrading Treatment or Punishment (CPT) found on Friday.

The reports covered two flights, one from Rome to Lagos, Nigeria on December 17, 2015, and one from Madrid to Bogota, Colombia, and Santo Domingo, Dominican Republic, on February 18, 2016.

"The Committee did not observe any instance of ill-treatment if detainees by the staff and that the escort staff carried out the JRO professionally. However, the CPT is not fully convinced of the policy of the Italian authorities of informing detainees about their imminent removal only on the day of their departure and solicits the comments of the authorities on this issue. Further, the Committee recommends that every detainee should undergo a medical examination prior to a removal operation," the report regarding the joint removal operation from Rome stated.

The CPT noted that "some detainees were subject to removal from Italy while court appeals in relation to their asylum requests were still pending."

© Flickr / Justin Norman
US Intelligence Officers Would Stop Any Torture Order by Trump - Whistleblower
It recommended that "information in writing be provided to all persons being removed several days in advance of the flight and that access to a lawyer and to telephone be allowed."

The report on Italy also stressed the need for effective complaints and monitoring mechanisms, while the report on Spain covered the need for health-care staff on board the flights and for escort staff to receive training, including on psychological aspects of escort duty.

According to the findings of the reports, there were no allegations of physical ill-treatment of detained persons.

In their responses to the reports, Italian and Spanish authorities acknowledged the need to improve the existing mechanisms and referred to their current legislative frameworks and Italian reforms to reduce the time for the processing of asylum applications.

The CPT advised that Frontex (now European Border and Coast Guard), who coordinated the removal operations, develop more precise rules on the use of means of restraint, create an effective complaints mechanism for the conduct of their escort staff.