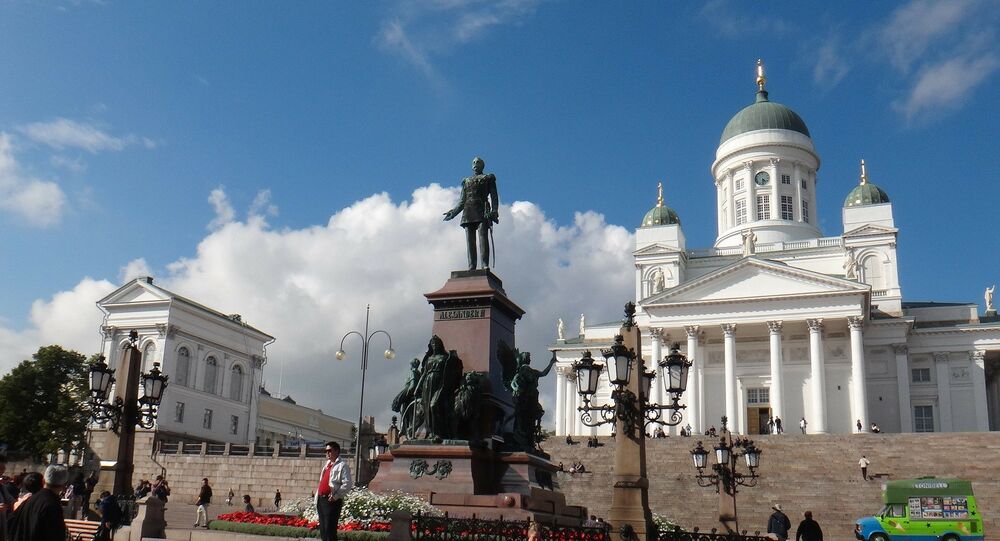 Finland, which amid the recent stand-off between Russia and the West has shown perhaps the greatest diplomatic tendencies among its Nordic peers, is hoping to host a meeting between Russian leader Vladimir Putin and his American counterpart Donald Trump.

© AP Photo / Julie Jacobson
All in the Family: Fears of 'Trumpocracy' Sweep Scandinavia
The much-anticipated meeting between Putin and Trump may take place in 2017, as the Finnish authorities plan to invite both leaders to the summit of the Arctic Council, where Finland assumes chairmanship the same year.

According to Härkönen, Finnish President Sauli Niinistö has already spoken in favor of this initiative. In 2016, Niinistö repeatedly came under fire from, among others, his fellow Nordic politicians, for preserving good contacts with Russian President Vladimir Putin and even inviting him to his residence of Kultaranta. Niinistö made it clear that direct diplomatic contacts with Finland's vast eastern neighbor and key economic partner must continue despite political discrepancies on issues such as the Ukrainian crisis or the war in Syria.

© AP Photo / Lehtikuva/Heikki Saukkomaa
Peaceful Neighbor: Finland Sees No Russian Threat, Defends Putin Talks
Earlier in December, Russian Prime Minister Dmitry Medvedev visited his Finnish counterpart Juha Sipilä in Oulu, Finland. In the meeting, widely hailed as a sign of a thaw in Russian-EU relations, the two ministers discussed a broad range of international and bilateral issues, including the trans-Arctic data cable, which is planned to run from Japan and China through the Kola Peninsula to Kirkenes in Norway, and from there south through Finnish Lapland.

Earlier, Finland displayed great enthusiasm about the international data cable project due to perspectives of becoming a hub for data traffic between Asia and Central Europe, thanks to the similar Baltic cable between Finland and Germany, which was completed last year. The cable would also greatly benefit Russia and the Kola Peninsula in particular, giving industrial areas Northwest Russia a greater connectivity.

According to political scientist Aleksei Kolesnikov from Carnegie Center Moscow, Finland is generally seen as a good neighbor, which at heart stands closer to Russia than Europe generally does, Finnish national broadcaster Yle reported.

© REUTERS / Brian Snyde
Fear and Loathing Spread in Scandinavia as Trump Sweeps to Victory
Previously, Vladimir Putin said that he was ready to meet Trump "at any moment," arguing that there were no problems from the Russian side. According to Putin, Moscow cannot but support the normalization of Russian-American ties.

The Arctic Council unites eight nations that have territory in the Arctic: Canada, Denmark, Finland, Iceland, Norway, Russia, Sweden and the US.