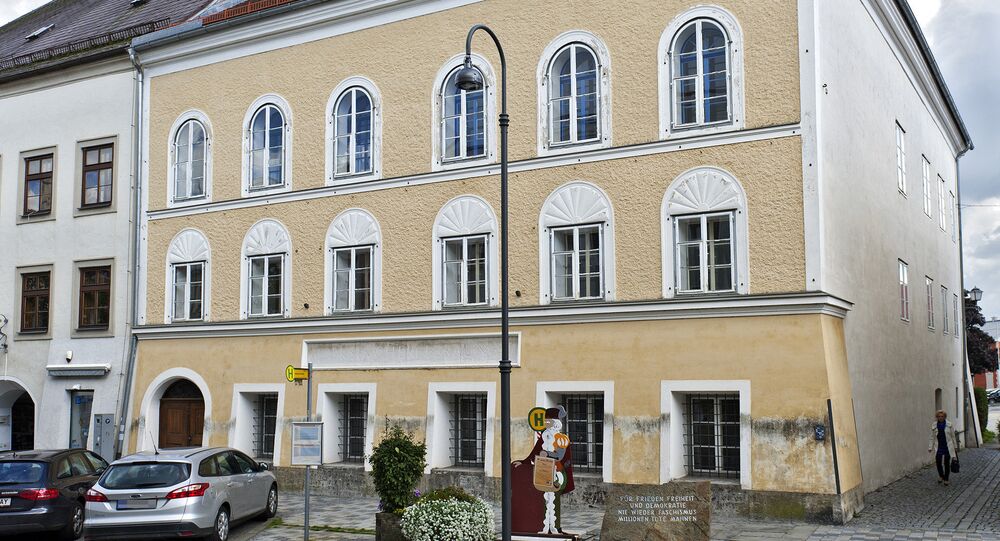 The Austrian Parliament adopted a resolution to expropriate the house, where Adolf Hitler was born in 1889, local media reported Thursday.

© AP Photo /
High Hitler: Third Reich's War Machine Fueled by Amphetamines
MOSCOW (Sputnik) — Austrian authorities have exerted a number of efforts to seize the house, which had become a symbolic place for supporters of neo-Nazism. At the same time Austrian heritage protection laws protected the building and its owner refused to sell the house.

On Wednesday, the Parliament adopted a resolution to seize the Hitler's birth house in the town of Braunau am Inn and to pay a compensation of about 5,000 euros ($5,240) to its current owner, the Austrian Nachrichten newspaper said.

The news outlet added that the motion was supported by lawmakers from the Social Democratic Party of Austria (SPO), Austrian People's Party (OVP), the Green Party and NEOS – The New Austria and Liberal Forum.

Hilter was born in the three-storey guesthouse in Braunau am Inn near the German border on April 20, 1889, but his family moved to another part of the city just weeks after his birth.

NATO 'Posing a Threat to the Whole World Like Hitler's Germany'