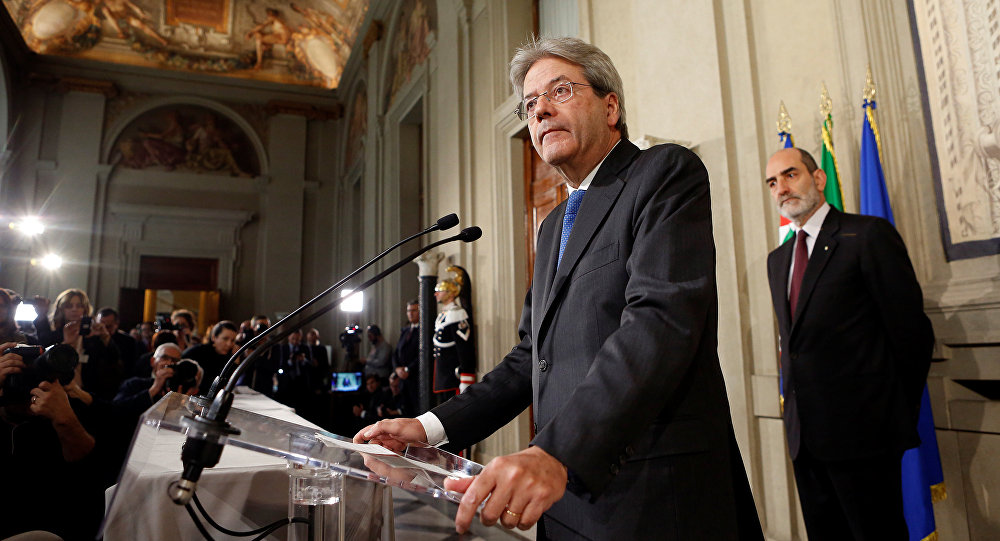 The Italian government's priority would be ensuring economic recovery, including aid to banks in crisis, according to newly appointed Italian prime minister Paolo Gentiloni.

"It must be known that the government is ready to intervene to guarantee the savings of citizens and the stability of the institutions," Gentiloni said in his first address to the parliament, as quoted by The Financial Times newspaper.

The Italian government is particularly concerned with the current state of Monte dei Paschi di Siena, the country's third largest bank, which is currently on a brink of bankruptcy. If the bank fails to collect €5bn in private capital by the end of December as required by the European Central Bank, the government will be obliged to interfere because the bank's collapse may undermine the country's economy.

Italy’s banking system is exhausted by billions of bad loans, with several other banks in Veneto, Liguria and in central Italy possibly requiring governmental assistance.

Italian Opposition Threatens to Protest Against Gentiloni's Appointment as PM