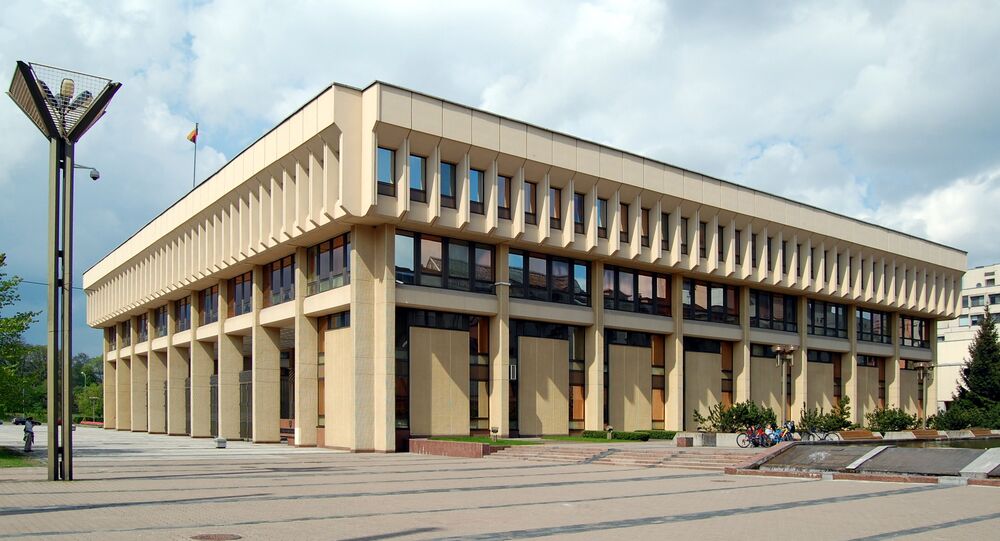 Lithuania's new Cabinet headed by Prime Minister Saulius Skvernelis was sworn in on Tuesday and formally started its work, the press service of the Lithuanian parliament said on Tuesday.

© Wikipedia
Lithuania Purchases 168 German Armoured Personnel Carriers – Defense Ministry
VILNIUS (Sputnik) — Ex-Interior Minister Skvernelis was approved as the prime minister on November 22. The composition of the new Cabinet was approved on November 29. Earlier on Tuesday, the parliament approved the program of the new government.

"Today, following the approval of the government program, the members of the new government took the oath," the Lithuanian Seimas said.

Lithuanian President Dalia Grybauskaite on Tuesday signed a decree accepting the resignation of Algirdas Butkevicius from the post of prime minister. The decree came into effect immediately.

Lithuania held its second round of parliamentary elections on October 23. Of the eight parties present in the previous government, seven were able to hold their representatives in the new cabinet.

The elections to the 141-seat legislature were won by the Lithuanian Peasant and Greens Union, with almost 22.5 percent of the vote, or 54 seats. The Homeland Union, which was the largest opposition party in the previous government, came with 31 seats.