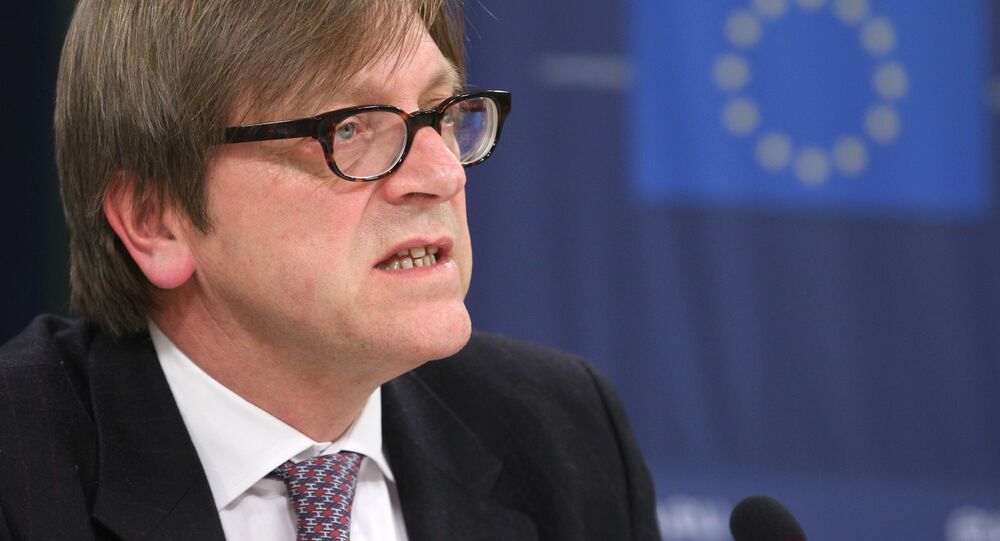 Brexit will be a serious political and economic problem for both the United Kingdom and Ireland, according to European Parliament chief Brexit negotiator Guy Verhofstadt.

"A return to a hard border between Northern Ireland and the Irish Republic would be politically a big problem and also economically a disaster … the worst mistake that can happen is that we return in history and that we return to violence because of this," Verhofstadt told RTE News.

Northern Ireland and the Republic of Ireland should keep an open land border and common travel arrangement, Verhofstadt said. He added that he fully understood the special relationship between the United Kingdom and Ireland, saying that he had already met with the representatives from the Northern Ireland Executive, one of the three devolved governments in the United Kingdom.

On Monday, the UK parliament said in a press release that the economies of the Irish Republic and the United Kingdom should begin drafting bilateral customs agreements between the two countries in order to prevent adverse effects of Brexit.

On June 23, the United Kingdom voted in a referendum to leave the European Union. While English and Welsh voters backed leaving the bloc, voters in Scotland and Northern Ireland mostly voted to "remain."

UK Prime Minister Theresa May has stated that the country will trigger Article 50 of the EU Lisbon Treaty by the end of March 2017, thus kick-starting withdrawal negotiations from the European Union.