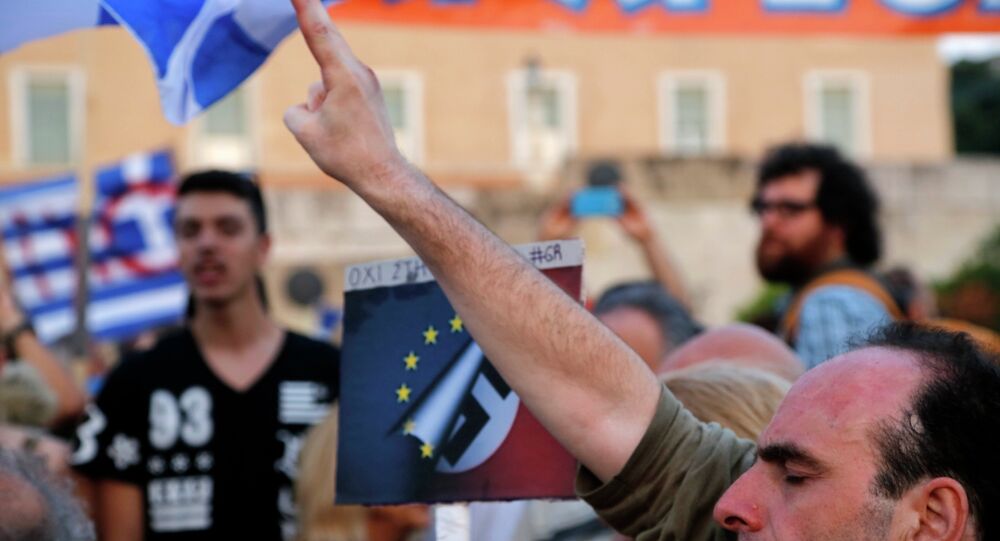 Greece does not need further austerity, with existing spending cuts already going too far, two senior IMF officials have said, as Athens, its EU creditors and the Washington-based fund continue to trade blows over the country's third bailout.

In a blog post, IMF chief economist Maurice Obstfeld and European Department Director Poul Thomsen defended the fund's role in the crisis, calling on Greece's EU creditors to reduce the country's budget surplus recommendation of 3.5 percent, a target that implies the implementation of further austerity measures.

"The IMF is being criticized for demanding more fiscal austerity, in particular for making this a condition for urgently needed debt relief," the officials said.

​"The IMF is not demanding more austerity," they added. "We have not changed our view that Greece does not need more austerity at this time. Claiming that it is the IMF who is calling for this turns the truth upside down."

The fund has called for Greece's primary surplus target — the surplus on public finances before debt repayments — to be reduced from 3.5 percent to a more achievable 1.5 percent, while also criticizing Greek government officials for agreeing to the EU proposals.

​"But contrary to our advice, the Greek government agreed with the European institutions to temporarily compress spending further if needed to ensure that the surplus would reach 3.5 percent of GDP" as part of the loan agreement with the Eurozone's bailout fund (ESM).

"We think that these cuts have already gone too far, but the ESM program assumes even more of them," Obstfeld and Thomsen wrote.

"We warned this [3.5 percent target] would generate a degree of austerity that could prevent the nascent recovery from taking hold."

The stance on these issues has prevented the IMF from participating in Greece's third bailout, signed last year, with the fund arguing that more realistic targets and significant debt relief is required if it is to take part.

However, EU creditors have rejected Greek and IMF calls for significant debt relief, setting up a stalemate between Athens, Brussels and the Washington-based fund.

#IMF also expects more debt relief. #Greece can't grow without it, regardless of how many measures it adopts, official tells @KaterinaSokou

​Greece is also currently locked in negotiations over labor and energy reforms, with government spokesman Dimitris Tzanakopoulos saying Athens would not budge on the issue.

"The position of the Greek government is steadfast on labour issues and fiscal targets," he said.

​However, highlighting the complicated nature of the debt deal, Tzanakopoulos also took aim at the IMF, accusing the fund of not being vocal enough and putting enough pressure on EU creditors over various issues, including surplus targets.

"The IMF would do well to restore its credibility both towards Greece, and to the international community by insisting on the need for reducing primary surplus targets to 1.5 percent at the end of the program," Tzanakopoulos said.