Fed Up With Empty EU Promises, Moldova Swings About to Moscow

After years of EU flirtations and empty promises, Moldova is now headed eastwards. The country's newly-installed president Igor Dodon is opting to create better relations with Moscow in a bid to radically improve the living conditions in Europe's poorest nation.

© AP Photo / Vadim Ghirda
Moldova's President-Elect Says If Opponent Had Won, Country Would Be Erased From the Map
In November, 41-year-old former Communist Party member and present-day Socialist leader Igor Dodon won the 2016 Moldovan presidential election with over 52 percent of the vote. Symbolically, Dodon's first foreign trip as president will be to Russia, emblematic of the nation's bitterness over EU pittances and pledges of European integration which today sound more like an insult.

"The EU has lost its game in this region. You only fed us with EU subsidies because you did not want the Russians to be here. You turned a blind eye to the fact that our leaders cheated. It backfired," Igor Dodon told the Finnish daily Hufvudstadsbladet.

Moldovan-Russian relations soured dramatically after Chisinau signed an association agreement with the EU in 2014, which was then hailed by a majority of Moldovans. Today, the pendulum is swinging to the opposite side. According to Dodon, mending fences with Russia is crucial for the impoverished Moldovan economy to avoid collapse. According to Dodon, Moldova would be better off financially as a member of the Eurasian Economic Union (EAEU), a Moscow-driven customs union between former Soviet republics.

© Flickr / Wulf Willis
Moldova Wants to Normalize Ties With Russia After EU Association Deal
To accomplish this, Dodon, who describes himself 'pro-Moldovan' rather than 'pro-Russian,' seeks to tear up the EU agreement, which he intends to do after a change of power in the Moldovan parliament, which currently has a pro-EU majority. Today, only 30 percent of Moldovans are in favor of the EU, as opposed to 70 percent only several years ago.

"The EU made it clear that Moldova will not be eligible to join for another 10-15 years. Besides, you see very well what is going on in the EU. Britain is leaving, and other countries may follow suit," Dodon said.

Despite billions in EU aid money, Moldova has been sinking deeper into corruption and poverty. In 2015, over a billion dollars (or 20 percent of the nation's GDP) was stolen from three banks in arguably the largest heist of the century.

​"This was the money Moldova had received from the EU and the US for reforms, which were never to happen. Instead, we saw plundering and robbery accompanied by pro-European slogans," Alexei Tulbure, a former UN ambassador and current leader of Chisinau-based NGO Helsinki Citizens Assembly, told Hufvudstadsbladet. 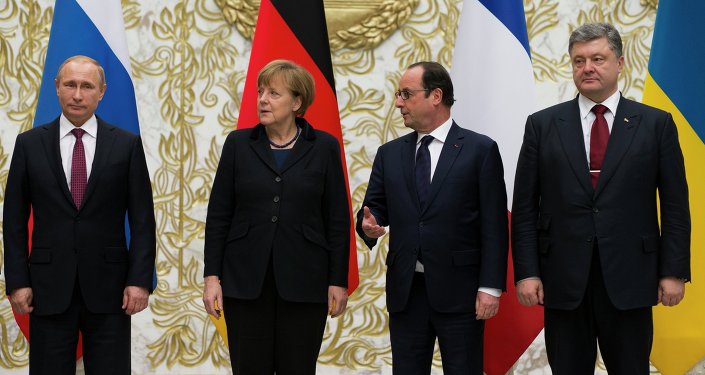 © AP Photo / Alexander Zemlianichenko, pool
Bulgarian, Moldovan Elections Outcome Hit EU Establishment Below the Belt
Moldova is currently Europe's poorest country. More than a fifth of its population live in poverty, and the country's economy has been exhibiting negative growth. Over one million of Moldovans (in a nation of 3 million) are working abroad, either in Russia or in the EU. The little country is slowly approaching a demographic catastrophe, as young and able-bodied people are gradually moving out.