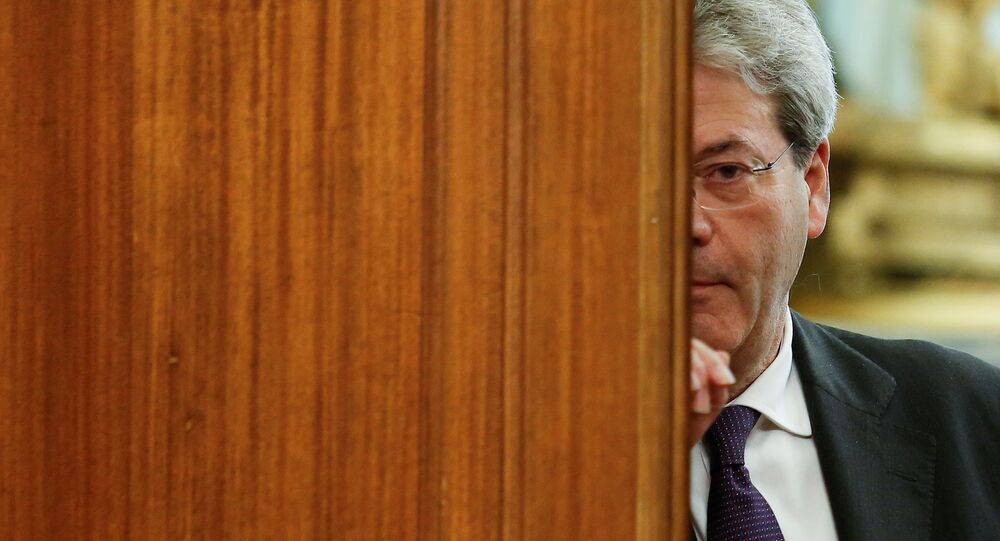 Following the resignation of Italian Prime Minister Matteo Renzi, the country’s Foreign Minister, Paolo Gentiloni, is expected to replace his former boss as PM, in a move that many say will lead to a continuation of Renzi’s policies, along with new elections early next year.

Reports have suggested that Gentiloni, who is a member of the same center-left Democratic Party (PD) as Renzi, has the parliamentary backing needed to form government, after receiving a mandate from President Sergio Mattarella on Sunday.

New Italian Prime Minister (for now) Paolo Gentiloni, former Foreign Minister, to be sworn in this evening in Rome

​Some commentators have even suggested prime minister-designate could even be sworn in as early as Monday evening — in order stabilize any political uncertainty in the Eurozone's third largest economy.

Gentiloni's expected appointment has also led to debate over the immediate direction of Italian politics in the post-Renzi era, with many expecting the foreign minster's upgrade to be a sign of continuity, as opposition and populist groups call for radical change in Italy.

As someone loyal to Renzi, Gentiloni is expected to retain most ministers from the outgoing administration, while no significant policy changes are expected.

​Gentiloni's appointment comes amid a worrying time for Italy, with concerns over a number of the country's banks.

Last week the European Central Bank rejected a request from the Sienna-based Monte dei Paschi for more time to arrange a capital infusion with private investors, meaning the Italian government might have to step in to save the bank from collapsing.

Renzi's resignation after being emphatically defeated in last weekend's referendum on constitutional reform has also sparked speculation about fresh elections in the country.

The opposition 5-Star Movement (5SM) has called for immediate elections, and while the ruling PD is not expected to heed their push, a new vote is expected in the first half of next year.

Many believe the expected appointment of Gentiloni as prime minister — a man not seen to have personal political ambition — will see elections early next year, with both the 5SM and PD pushing for a new vote at some stage.

​The refusal to call immediate elections is also thought to be down to the fact that Italy is awaiting a critical constitutional court decision on the country's electoral law.

The ruling, expected to be handed down on January 24, will have major consequences on how parliamentary seats are distributed in future elections, with many commentating that despite his expected appointment, Gentiloni will effectively act as a temporary prime minister until the constitutional issues are resolved.

Despite Renzi's resignation, many expect the outgoing prime minister to take another stab at the top job during expected elections next year.

It's thought that while Gentiloni is handling day-to-day affairs, Renzi could regain the trust of his PD party, and then aim to use his experience dealing with major European officials to fight off challengers like the 5SM.

Renzi's assessment of #Italy elections is in line with my baseline scenario from Dec 6.https://t.co/VQx33WzBD3

​Renzi himself alluded to early elections in a recent interview with Quotidiano.net, saying: "The next election, presumably in June, will be held with a proportional voting system."

Gentiloni is expected to be officially sworn in as prime minister early this week.

Italy's Referendum: Who's Won and What to Expect Next