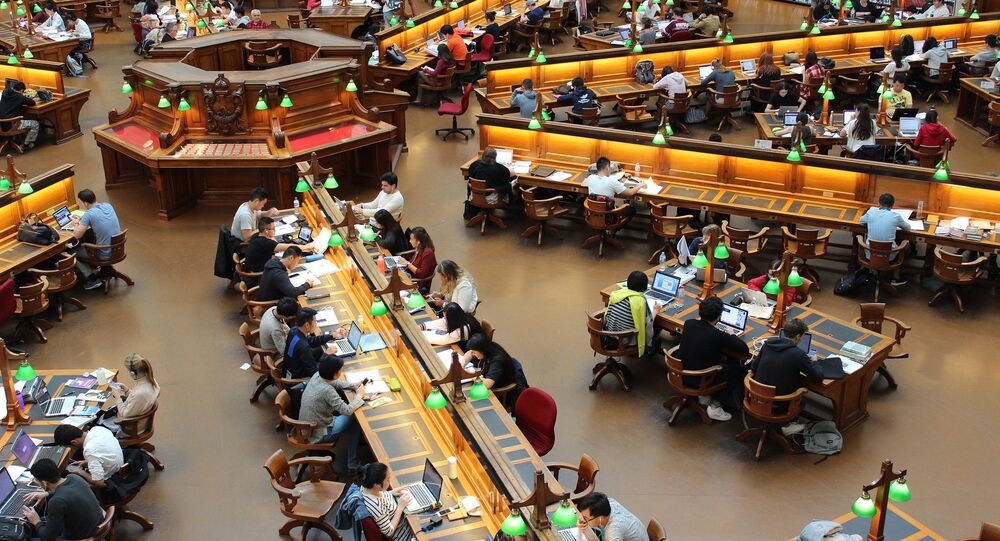 UK Boosts Marshall Scholarships for US Postgraduate Students by 25%

The UK Foreign Office unveiled plans on Monday for increasing the number of US students eligible for studying in the country under the Marshall Scholarships postgraduate program.

© Photo : Pixabay
UK Schools to Close as Hundreds of Teachers Strike Over Poor Funding
MOSCOW (Sputnik) – The Foreign Office's Minister for Asia and the Pacific Alok Sharma said the number of scholarships would be increased by 25 percent next year in order to boost ties with the United States.

"This increase in scholarships shows how resolute Britain is in its commitment to the special relationship. And, of course, our Marshall scholars retain a lifelong warmth for the UK… Giving these talented people the opportunity to study at our best universities means we can build strong relationships with the next generation of influential American leaders in business, politics, and many other professions," Sharma was quoted as saying in a Foreign Office statement.

The increase will now provide places for 40 US students in 2017, up from the previous number of 32, according to the statement.

Marshall Scholarships were introduced in 1953 and named after US statesman George Marshall who is credited with devising the Marshall Plan to rebuild post-war Europe.

Eligible post-graduate students are selected among those deemed to have high potential for making a contribution to society and rising to prominent positions. The program's current alumni include a number of CEOs, US Congress members, senior judges, state governors and presidential cabinet members.

'Everybody Has Asked Me for Sex': 600 Alleged Rape Reports in UK Schools