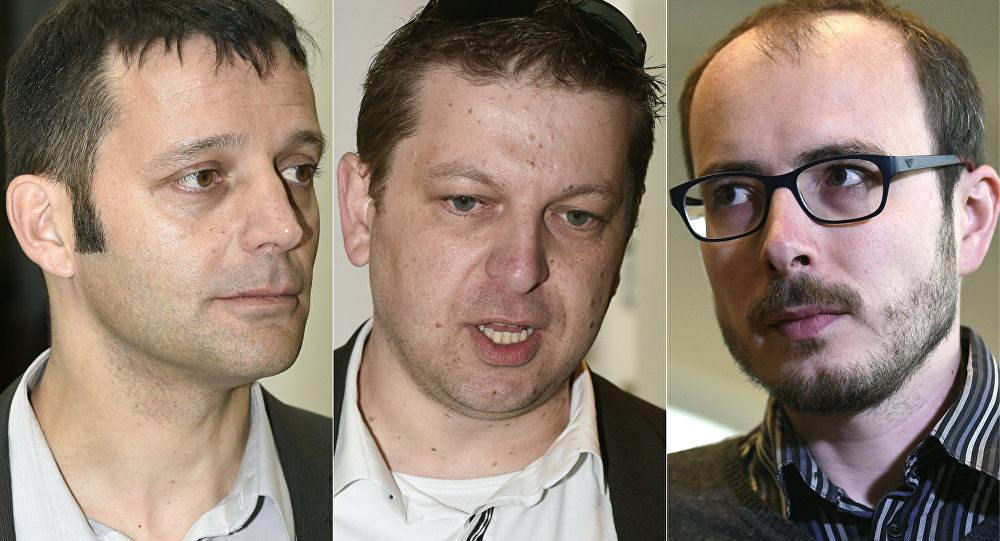 The appeal against convictions begins Monday (December12) of the two employees of an accountancy firm who exposed the extent of the use of "sweetheart deals" by major companies to reduce their tax liabilities by making use of benign arrangements in Luxembourg, in what became known as LuxLeaks.

The men's supporters say they acted in the public interest in exposing corporate tax avoidance and that the convictions were an affront to freedom of expression and their fundamental human rights to report a wrongdoing.

"These three men have the support of people from numerous countries across Europe who will all gather to show their support for their actions. The original sentences of Mr. Deltour and Mr. Halet were a total disgrace, and we want this injustice to stop," said Tove Ryding, tax justice coordinator at the European Network on Debt and Development (Eurodad).

Antoine Deltour's brother Romain: It's not only the civil society who's supporting Antoine but also his former colleagues #taxjusticeheroes pic.twitter.com/Ryoxe9Aklv

"You shouldn't have to go to court for exposing the fact that that multinational corporations are dodging taxes. These men deserve praise, not punishment. The information revealed in the LuxLeaks scandal should never have been secret in the first place, and has been praised by many political leaders," she said.

© REUTERS / Yves Herman
LuxLeaks, Panama Papers and EU Hypocrisy: Piketty Slams Brussels Over Tax
The scandal emerged when the International Consortium of Investigative Journalists released a series of documents exposing Pepsi, IKEA, AIG, Coach, Deutsche Bank, Abbott Laboratories and nearly 340 other companies which had secured secret deals from Luxembourg that allowed many of them to slash their global tax bills.

The scandal brought further investigations into tax arrangement run by Apple, Starbucks and other major companies, as well as calls for companies to be forced to pay taxes on the sale of products and services in the country in which each transaction was actually made.