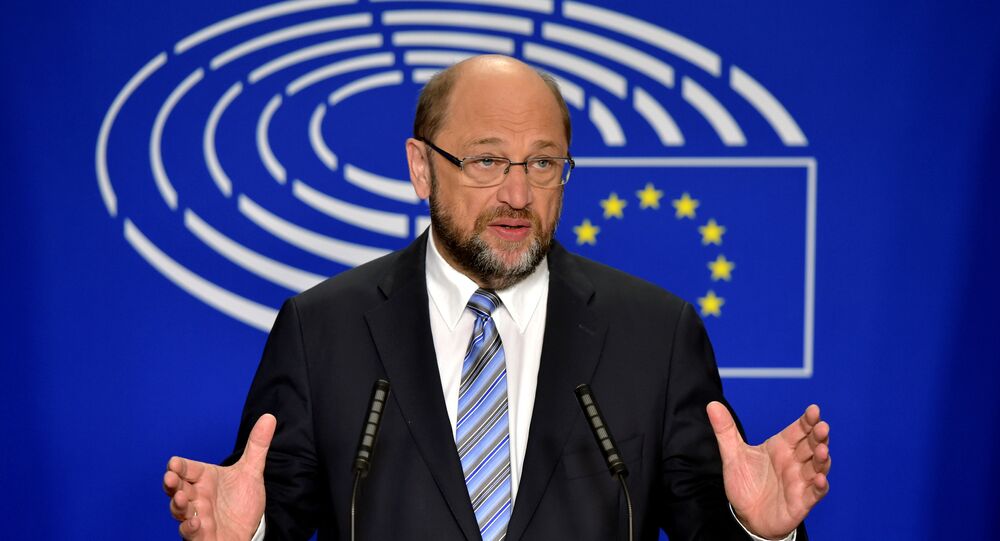 The European Parliament meets Monday (December 12) for the first day of its final session of 2016 embroiled in a row over who should be the next president of the institution, with two political groups at loggerheads over the potential collapse of a cosy deal they have shared for years.

© Flickr / European Parliament
European Politicians Call for End to 'Stitch-Up' of Parliament
The European Parliament is in turmoil over the breakdown of a 'gentleman's agreement' between the two biggest groups to carve up the agenda of the institution, following the announcement that its current president, Martin Schulz announced he would not run for a third term, January 2017.

When the current parliament was voted-in for a five-year period, 2014, the two largest political groups were the European People's Party (EPP) and the Socialists and Democrats (S&D). Both groups agreed to form a "grand coalition" to work together to push through the agenda of the parliament, on condition that they shared the presidency, swapping half way through.

Schulz — from the S&D — had been expected to be replaced by one of the EPP group, but that is now in jeopardy amid confusion among the EPP party and the suggestion that the S&D will field their candidate to succeed Schulz — throwing the grand coalition agreement out of the window.

This week in EP: @EPPGroup candidate for @Europarl_EN President & Preparation of the #EUCO https://t.co/8zFp5BfU7z

The deadline for close of nominations for the EPP is the evening of December 12 and — so far — four people have said they will stand: Alain Lamassoure (France), Mairead McGuinness (Ireland), Alojz Peterle, (ex-prime minister of Slovenia) and Antonio Tajani (Italian former EU commissioner). The German EPP group leader Manfred Weber is also said to be mulling joining the race, which has opened the field for the EPP that had been expected to have a clear run for the presidency.

However, the S&D heavyweight, group president Gianni Pittella is standing for the presidency — to replace his party's Schulz, in a move that will split the EPP-S&D grand coalition.

Back to Strasbourg for a new #EPlenary! Check out our agenda: Greece, #EUforeignpolicy, #SakharovPrize and more 📝⬇️https://t.co/5YaCDy39vY

​"It is crystal clear that this program for change cannot be carried out through an EPP monopoly over the EU Institutions. In the framework of a fair institutional balance, a socialist president of the EU Parliament is the only prerequisite condition for this change," Pitella said.

The EPP-S&D coalition have relied on the Alliance of Liberals and Democrats (ALDE), who have often sided with the coalition on matters of procedure in the parliament. Its group leader — former Belgian PM Guy Verhoftstadt — has also said he may stand.

​Meanwhile, the European Conservatives and Reformists (ECR) candidate, Helga Stevens MEP, has welcomed the decision of Gianni Pittella and 'potentially' of Guy Verhofstadt to enter the race.

Next week @giannipittella sits down for our next edition of #AskGianni. We want to hear from you! Send us your question via #AskGianni pic.twitter.com/pkBNBENv55

"For around a decade, the next President of the European Parliament has been decided in a back room by a few men. I welcome the fact that this now looks more like an open contest.  Unfortunately, both Mr. Pittella and Mr. Verhofstadt represent the same culture of back-room dealing that has demeaned this parliament over the past few years," she said.