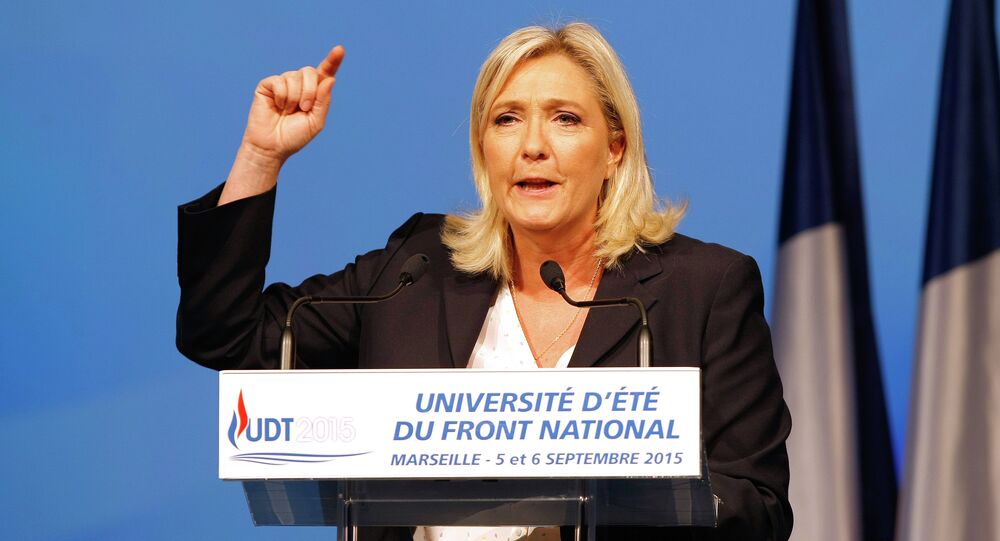 Le Pen, who took over the reins of the political party founded by her father, told a Paris conference that, "I've got nothing against foreigners but I say to them: if you come to our country, don't expect that you will be taken care of, treated (by the health system) and that your children will be educated for free…That's finished now, it's the end of playtime."

Her remarks drew sharp criticism from the government, currently under control of the French Socialist Party. President Francois Hollande has announced that he will not seek reelection in the country’s 2017 presidential race, and opinion polls have Le Pen finishing second, but she hopes to ride the wave of right-wing anti-immigrant political sentiment stirred by the election of Donald Trump as US president straight into the Élysée Palace.

Though Le Pen later clarified that her proposal was meant specifically for the children of immigrants that are in France illegally, and not all those who are foreign-born, such a measure would breach French regulations that guarantee education for all children.

"We're going to reserve our efforts and our national solidarity for the most humble, the most modest and the most poor among us," she said.

France’s national debt is 98.4 percent and the unemployment rate stands at ten percent. There’s hasn’t been a surplus in the national budget since the 1970s. Her FN party claims that national funds are spent disproportionately on foreigners, to the detriment of citizens, and sees itself as part of a worldwide anti-immigration movement.

Illegal immigration was a central theme during Trump’s campaign, amid promises that he would deport 11 million undocumented immigrants from the US, and characterizing those immigrants as thieves and rapists, while infamously proposing the construction of a wall to partition off the almost-2000 mile border between Mexico and the US.

While campaigning, Trump referred to President Obama’s Deferred Action for Childhood Arrival (DACA) measure as unconstitutional, and vowed to repeal it once in office. He has since walked back those comments, telling Time Magazine recently, "We’re going to work something out that’s going to make people happy and proud…They got brought here at a very young age, they’ve worked here, they’ve gone to school here. Some were good students. Some have wonderful jobs. And they’re in never-never land because they don’t know what’s going to happen."

Najat Vallaud-Belkacem, French education minister, called the proposal "inhumane" saying that "I remind you that it's a matter of honour for the French republic to guarantee to children, to all children, the right to an education — in other words, the right to a future."