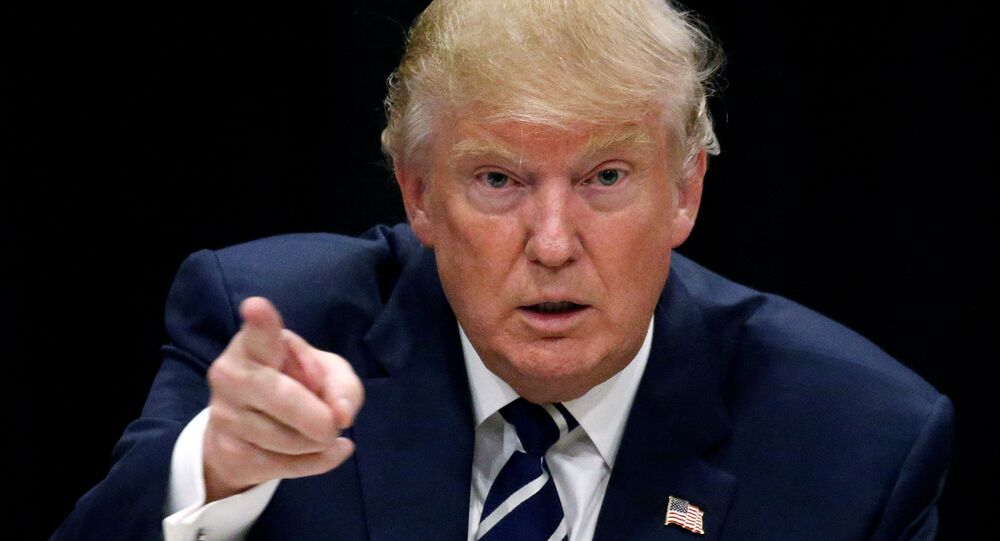 In an unusually blunt and frank assessment, a senior EU chief has said the fact that Donald Trump has surrounded himself with "billionaires and bankers" will lead to "an even sharper decline in public trust in government", while European institutions are also facing growing public anger.

The EU Ombudsman, Emily O'Reilly, has admitted that the results of the UK vote to leave the European Union — Brexit — and the Trump victory in the US epitomize "the angry frustrated response of those who have not shared the benefits of liberal democracy and globalization".

#Brexit and the #Trump election may deepen voter distrust if what was promised turns out to be a mirage pic.twitter.com/zrPtLFItTH

​O'Reilly said that the rising lack of trust within the European Union had led to growing resentment against the institutions and a rise in nationalism around the EU, as evidenced by the Brexit vote and the rise in the popularity of right-wing political parties across Europe.

"Austerity, the migration crisis and now Brexit, continue to threaten the legitimacy of the EU institutions. Member states and many other at times pander to citizen dissatisfaction by blaming 'Brussels' alone," she told a meeting of the Open Government Partnership Global Summit 2016, in Paris, December 7.

She said the results of the Brexit referendum and the Trump vote reflected an even sharper decline in public trust in government. She said the road to Brexit is "not yet clear and there is increasing public confusion" over the outcome of the referendum.

"Meanwhile, the number of billionaires and bankers now gathering around the President elect in New York and Washington suggests a u turn by Mr. Trump from his campaign promise to end the inappropriate influence of private interests.

"We need also to remind ourselves that Donald Trump hid very little in relation to his views on race, women, Islam, migration and other sensitive touchstones. Many were there on his personal Twitter feed yet transparency was no barrier to his election, such was the desire of his supporters to use him as a weapon to punish those they had previously trusted. The trouble will come if and when that weapon turns out to be a boomerang," O'Reilly said.

Meanwhile, she reserved even more harsh judgement for a previous US president, George W. Bush, who, she said had won a "tight election" in the face of "a contested US Supreme Court decision in 2000".

"His subsequent decision to invade Iraq contributed to the destabilization of that region, to the refugee crisis, and to the placing center stage in Brexit and in the US election of the migration issue.

Meanwhile, O'Reilly also pointed to the 'revolving doors' scandal of the European Commission, which has seen former Commissioners — including former Commission President José Manuel Barroso — take on high-earning positions after leaving office in companies in which they had extensive connections while in office.

"Adding to public distrust is the increasingly opaque distinction between public service and private interests where politicians or senior officials at times move into lucrative jobs in the private sector, which they themselves have previously regulated," O'Reilly said.

Trump Wants to Delegate Control of Business to Sons, Keep Share in Enterprise