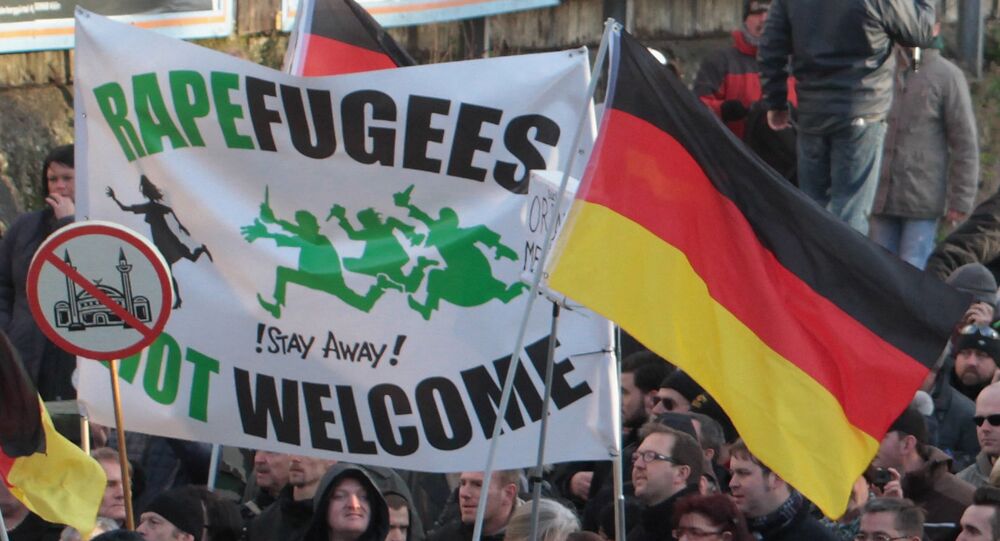 German authorities have approved the construction of a mosque in the German city of Hachenburg. However, German right-wing party "Der III. Weg" (The Third Way) is strictly opposed to the initiative and has sent letters to local politicians, in which it called on all those who support the influx of migrants into Germany "to go to Africa."

The right-wing party is, in particular, opposed to the growing number of Muslims entering the country.

"We do not oppose Islam as a religion. However, it does not belong to Germany, but rather to those countries that have been influenced by Islam for centuries. A mosque is just another sign of Germany's increasing alienation," a statement on the party's official website said.

© REUTERS / Max Rossi
Angela Merkel's CDU Party in Migrant U-Turn to Counter Right-Wing AfD Threat
The movement had already organized a protest campaign against the construction of a mosque in Hachenburg, including two demonstrations and a flyer campaign. The flyers in the form of travel vouchers were sent by mail to 22 local councils and encouraged local officials, supporting the mosque initiative, to leave the country and go to Africa.

According to Dr. Dietrich Schönwitz, a city councilor from SPD, the construction of the mosque is just a pretext for the right-wing activists.

"The mosque construction is just a pretext. In general, this is a mobilization for xenophobia and the spread of the right-wing thought," the politician told Sputnik Germany.

The city councils are now considering whether they should somehow react to the email campaign. Schönwitz believes, however, that the response should be well thought-out and cautious.

"I'm a bit reserved because I believe they're just trying to figure out how far they can go. When a court complaint fails, they will receive what they want, namely, attention. Nevertheless, the mayor has submitted a request to the public prosecutor to examine whether a complaint could lead to a success. Let's see what they say," the politician said.

In April 2016, "Der III. Weg" had already sent identical flyers to several politicians in the Berlin-Brandenburg area. Members of the Green party responded to the postcards with a humorous letter, saying that they would be happy to make a cruise along Africa's west coast if "Der III. Weg" will bear all the costs for the trip.