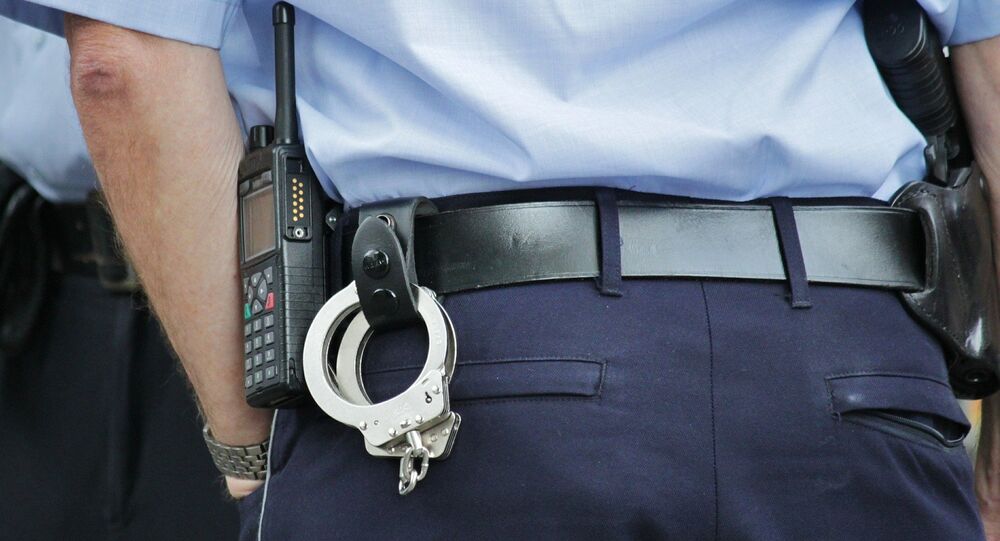 Sweden has passed a landmark decision by sentencing a man, who took part in the battle against Daesh in Iraq, to six months in prison for posing with decapitated bodies and severed heads, images of which he posted on Facebook.

© Photo : Dagbladet
Naked Gun: Nude Norwegian Man Stops Traffic for Fancy Facebook Live Feed
The 24-year-old was prosecuted by Blekinge Court for war crimes he had committed in the spring-summer of 2015 in Iraq. The man was found to have connections to the local anti-Daesh militia and was involved in at least four cases of exposing dead people to humiliating or degrading treatment. The 24-year-old was found guilty of posing or allowing himself to be photographed with dead bodies, subsequently publishing the pictures on his Facebook account. One of the photos portrayed the man as sitting next to a severed head on a platter, Swedish newspaper Aftonbladet reported.

The prosecutor ruled that neither the identity nor the allegiance of the people killed was of crucial importance, since they were in any case protected under public international law, regardless of whether they had been combatants or civilians.

This indictment, in which the prosecutor cited violation of personal dignity in connection with an armed conflict, is the first of its kind in Sweden. The culprit admitted his presence in the pictures, yet denied the charges, claiming that he was coerced into participation. The district court, however, did not find anything to support his cause and ruled that the images rather gave the impression of voluntary participation.

© CC0 / Pixabay
Face Off! Disfigured Swedish Fireman Photo Censored by Facebook
The man was born and raised in Baghdad, where he has left the majority of his family and friends. He came to Sweden in October 2015 and has since been living in Skåne and Blekinge County. By his own admission, he has a 6-year school education from his home country. He also admitted to consuming alcohol on a daily basis.

In summer, the 24-year-old was convicted of robbery, in which he participated by pointing out his relatives' apartment to his associates. Subsequently, the apartment was emptied of valuables, jewelry, cell phones and cash. The half-year-sentence for the war crimes will be therefore added to the three years and six months' sentence the man is currently serving. Upon release, he should be deported and barred entry to Sweden until 2026.

Prosecutor Hanna Lemoine is satisfied with how the court handled the case, as the verdict is of fundamental importance for future cases as a starting point.

"Today, lots of pictures of similar character from among others the Syrian war, are being posted on the Internet," Hanna Lemoine told Aftonbladet.

The prosecution, which initially demanded two years in prison, will now analyze the possibility of appealing for a tougher sentence.