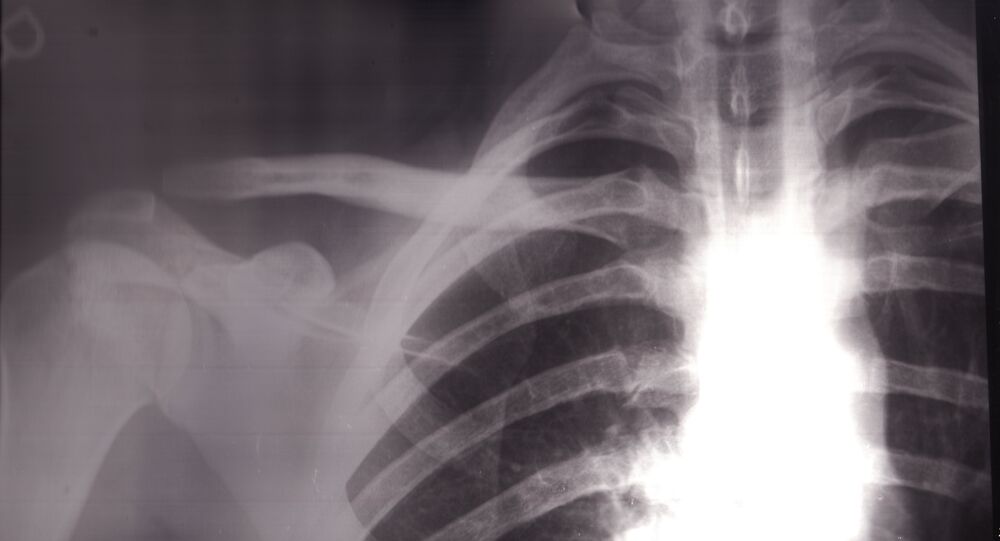 One of the problems stemming from last year's migrant crisis is the correct evaluation of asylum seekers' ages. Unlike its northern neighbor Sweden, which generally takes asylum seekers' age claims for granted, Denmark resorted to strictly medical methods of evaluating their ages.

© AFP 2020 / LOUISA GOULIAMAKI
Forever Young: Sweden Tussles With 'Refugee Children' in Their Thirties
The tests run by the Danish Immigration Service (DIS) in cooperation with University of Copenhagen's Department of Forensic Medicine revealed that hundreds of asylum seekers were lying about their age, Danish newspaper Jyllands-Posten reported.

Using X-rays of asylum-seekers' teeth and knuckles, Danish doctors concluded that 74 percent of young men in the "suspicious" group (or around 600 individuals) were actually adults.

The number of medical checks, ordered by DIS has thus far more than doubled compared to 2015, which was in itself a record year for age verifications. By the end of 2016, over 1,000 age tests are expected to be carried out. The reason for the increasing number of age tests required by the Agency is that the group of unaccompanied minors has increased, with many, especially North Africans, arriving without identity papers to determine their age.

The reason for the widespread age fraud is that the Danish asylum system offers minors a range of benefits compared to adults, including the right to bring their parents to Denmark.

© Flickr / Heini Samuelsen
Sign Here! Sweden Pioneers New Method Against Sex Crimes
According to Danish Integration Minister Inger Støjberg, who is known for her hardline stance, the large number of revealed age cheats proves that the Danish asylum system is working as it should.

However, Eva Singer, the head of asylum at the Danish Refugee Council, warned that the situation with age verification is rather cloudy.

"Many of these young people actually don't know their exact age, because it is not something that is registered in their home countries in the same way as it is in Denmark," Eva Singer told Jyllands-Posten.

According to her, Danish immigration authorities tend to disregard paperwork from countries such as Afghanistan, claiming the high level of forgeries, often solely relying on age tests.

DIS denied the allegations and ensured the agency always accepts a permissible clearance of one year.

"Say, the age test result says 18-19, whereas the applicant himself reports 17 years, then we set the age at 17 years," a DIS employee wrote in a statement to Jyllands-Posten.

Previously numerous reports revealed widespread age fraud, identifying single instances of 30-year-olds posing as teens. Many experts called the Swedish age-verification system, which mostly relies on interviews, 'naïve' and 'insufficient,' yet the question of age-cheating among asylum seekers remains a fraught one. Skeptics who accuse children in danger of lying may end up being labeled 'heartless' and 'xenophobic.'