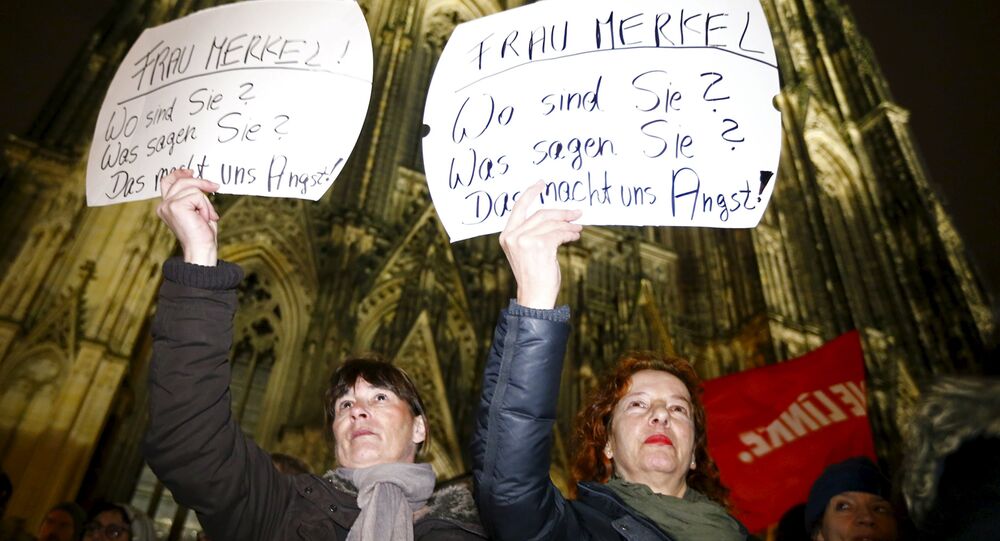 The office of Cologne prosecutor said that it has opened 267 criminal cases following violence which erupted in the city on 2016 New Year's Eve, local media reported Wednesday.

MOSCOW (Sputnik) — On New Year's Eve, hundreds of women in Cologne were robbed, threatened and sexually assaulted by small groups of aggressive men, mostly of Arab and North African origin. The similar attacks took place in other German cities, including Berlin, Hamburg and Frankfurt am Main, as well as in other EU states, such as Austria, Finland and Switzerland.

© AP Photo / Marc Kleine-Kleffmann
Say What? Cologne Mayor Blames German Women for Provoking Migrants' New Year Assaults
The prosecutors said they had to close almost have of the cases, namely 124, with 80 of them due to the lack of evidence and 29 due to the failure in funding of suspects, N-TV broadcaster reported.

A total of 333 suspects have been identified with 87 being accused of sexual assault.

Germany has been the key destination for thousands of refugees and immigrants coming to Europe since the start of 2015. Last year, the country registered over a million asylum applications, nearly five times more than the number registered in 2014, according to the interior ministry’s estimates.

Tens of Thousands Rally Against Erdogan in Cologne