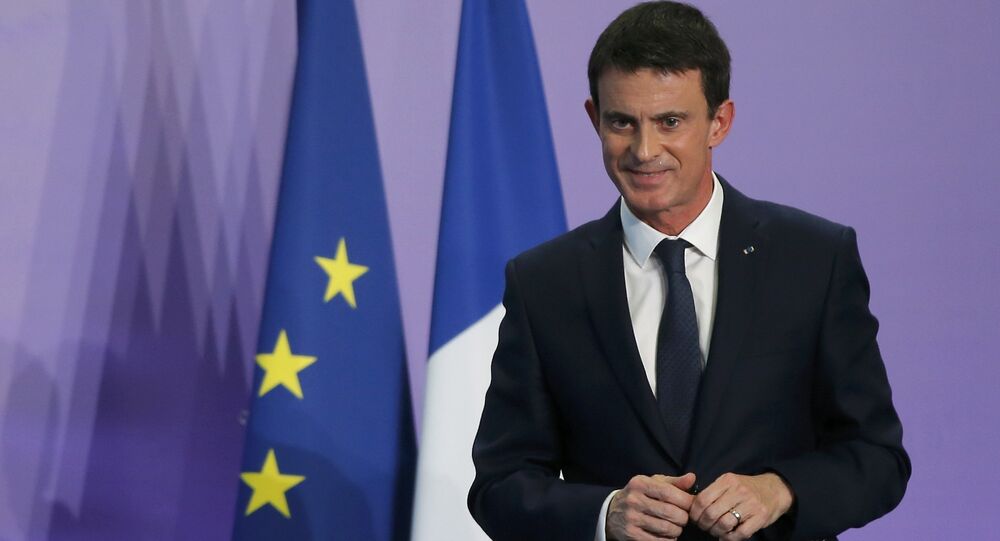 Later Cazeneuve arrived at the Hotel Matignon, official residence of the French prime minister, to hold talks with Valls.

© REUTERS / Regis Duvignau
A Right-Wing Kind of Socialist: Manuel Valls Throws His Hat in the Ring
Following the negotiations Valls said that he was glad to head the French government for 32 months. He added that it became a tradition for Cazeneuve to take up Valls’ posts after his resignation referring to the fact that Cazeneuve became Interior Minister after him.

Valls announced his resignation on Monday explaining that he was going to run for president in 2017.

On December 1, Hollande announced he would not seek reelection, which Valls called "a choice of a statesman" and added that "the dignity of this decision commands respect."

The French presidential elections will take place in April and May 2017.