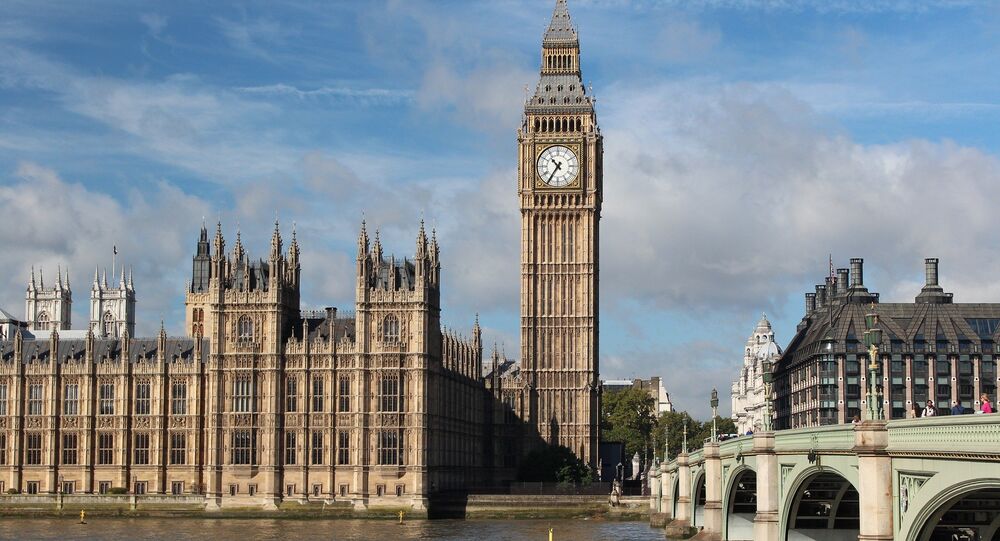 In spite of promises from the British Government to clamp down on money laundering via London properties, compounded by damning evidence in the Panama Papers leaks, the UK capital still "rolls out the carpet for the corrupt elite," Sputnik had been told.

Despite revelations, March 2015, by Transparency International (TI) that 36,342 London properties were held by hidden companies registered in offshore havens, London's property market continues to be a "safe haven for corrupt individuals, through anonymous ownership," the campaign group says.

91% of overseas companies owning London property do so through a secrecy jurisdiction. #Secretive. #AntiCorruption https://t.co/kxJiBG8VMh pic.twitter.com/1C0ovR7B5k

​Wealthy individuals from overseas are continuing to be able to buy up London property anonymously, according to new research by Transparency International UK and Thomson Reuters, 'London property: A top destination for money launderers'.

"Despite the global scandal of the Panama Papers, London's property market continues to be a safe haven for corrupt individuals, through anonymous ownership. Commitments made by the Government are positive, but this new research underlines the danger if the promising words don't turn swiftly to action," Rachel Davies, Head of Advocacy, Transparency International UK told Sputnik.

"Londoners are right to be concerned that whilst the red carpet is rolled out for the corrupt elite, the capital is suffering from a housing crisis in which homes are becoming increasingly unaffordable. It's clear that a transparent system, based on conclusive and publicly available data, is necessary to unmask the corrupt individuals using Britain to hide their criminality," Ms Davies said.

In July 2015, UK Prime Minister David Cameron announced that his government would take steps to stop corrupt money from entering the UK's property market. Specifically, he said it had committed to consulting on ways to make property ownership by foreign companies "much more transparent" and was publishing Land Registry data on which foreign companies own which land and property title in England and Wales.

© Flickr / Paul
UK Takes Lead on Dirty Money Laundering Crackdown
However, according to TI and Thomson Reuters, researchers found that there was currently no data available on the real owners of more than half of 44,022 land titles owned by overseas companies whilst nine out of ten of these properties were bought via secrecy jurisdictions, such as those named in the Panama Papers.

The researchers admit that the UK Government has committed to a public register of foreign companies purchasing UK property by April 2018, but they say "it is possible that between now and then, individuals looking to hide money in the UK could find new avenues to remain anonymous".