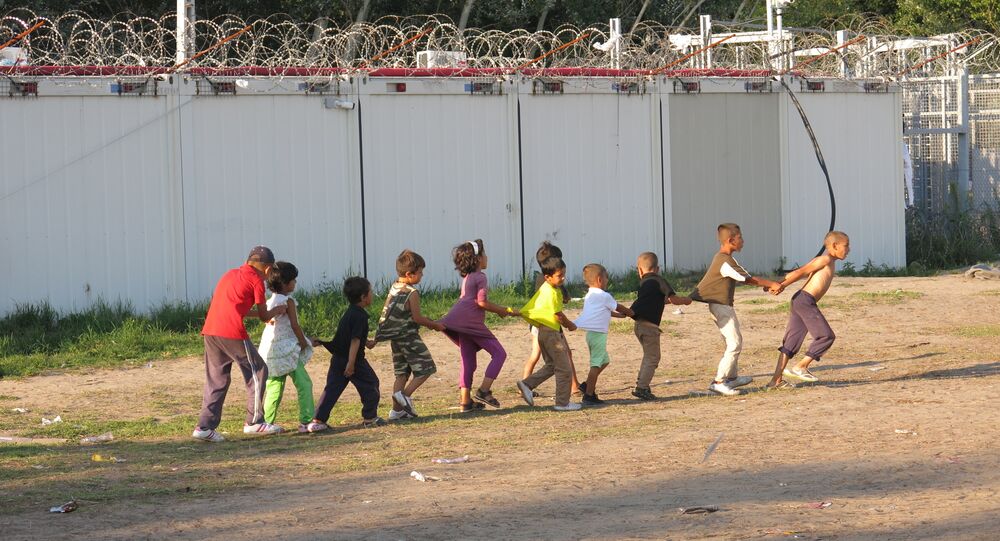 While addressing the ongoing migration crisis in Europe, the Council of Europe is primarily focusing on the situation with unaccompanied children.

© Sputnik / Vladimir Fedorenko
Council of Europe-Russia Cooperation Unaffected by PACE Membership Suspension
MOSCOW (Sputnik) — The Council of Europe is primarily focusing on the situation with unaccompanied children in addressing the ongoing migration crisis in Europe, the Council’s Secretary General Thorbjorn Jagland said Tuesday, adding that the refugee children should not only be safe, but also given access to education.

"We have a strong mandate when it comes to how people arriving at the continent are treated…. We have a special focus on the situation of unaccompanied children. They should be not only picked up and brought to safe places, but also given access to education. This is what is most important for us in what regards migration crisis," Jagland said after meeting with Russian Foreign Minister Sergey Lavrov.

Jagland is on a working visit in Moscow. Apart from Lavrov, he is set to meet with Russian President Vladimir Putin to discuss current issues of Russia’s participation in the Council of Europe’s activities, as well as with some other high-ranking Russian government officials and representatives of the civil society.

Europe has been beset by a massive refugee crisis, with hundreds of thousands of undocumented migrants fleeing their crisis-torn countries in the Middle East and North Africa to escape violence and poverty. The majority of them cross the Mediterranean Sea and arrive in the European Union using southern EU nations as transit points. One of the most acute issues regarding migrants is allocation of hundreds of accompanied children, searching for their relatives in European countries, providing them necessary assistance.