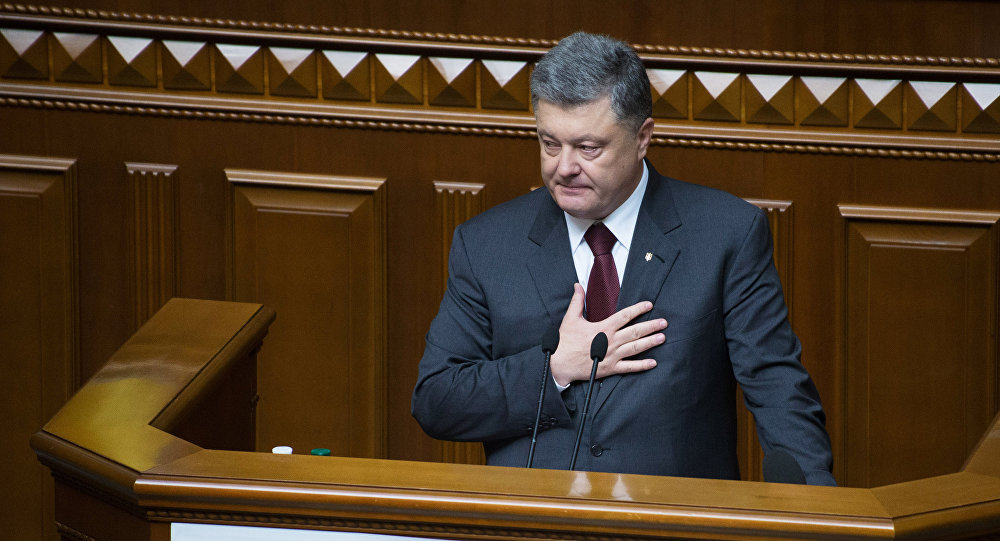 Alexander Onishchenko, a fugitive Ukrainian parliamentarian, is alleging that billions of dollars in international aid that have been poured into the country by the West to help it rebuild is actually going to fuel one man’s own power and control, that of current Ukrainian President Petro Poroshenko.

"Most of the money they use for the war," Onishchenko said in an interview with Ruptly. With so much money is flowing into the nation, "now is the time" for Poroschenko and his allies to concentrate authority and consolidate military power, he said.

Onishchenko states that, "all of the contracts" for the war, even small contracts, go to the companies "which are close to him [Poroshenko]." It’s cronyism all the way to the top, Onishchenko asserts.

"They’re getting this money…and then they just keep the provisions," he said.

As Poroshenko is seen to be in control of all nationalized industries, "it’s the biggest business they’re doing," he added, specifically identifying state-owned energy enterprises. A group of Poroshenko’s allies are simply "collecting money," Onishchenko alleges, and then turning around and using it "to make Poroshenko stronger," he said in the interview.

Transparency International has ranked Ukraine 130th out of 168 nations in the group’s 2015 Corruption Index.

Russia Rules Out Leaving Ukraine Drills Near Crimea Without Response